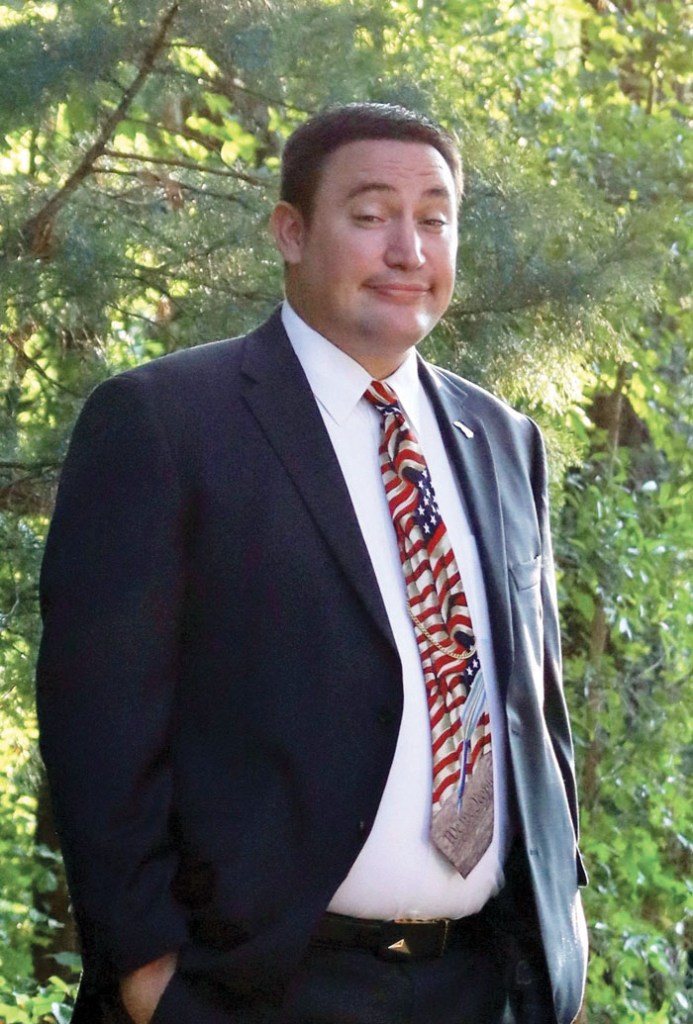 Submitted — Brad Jenkins, pastor at Chapel Street Baptist Church in Landis, is seeking election to North Carolina's House District 83 in 2022. The district will include southwestern Rowan County and the eastern area of Cabarrus County. Jenkins is the former Rowan County Republican Party chairman and a U.S. Army veteran.

Jenkins says he’s running for North Carolina’s House District 83 to defend “faith, family and freedom.” District 83 will contain the southwestern portion of Rowan County and the eastern area of Cabarrus County. The district currently has no incumbent.

Jenkins, 36, has pastored Chapel Street Baptist Church since 2015. From March to November 2021, Jenkins led the Rowan County Republican Party before passing the reins to Elaine Hewitt when he decided to make a bid for state office.

Jenkins, who’s originally from Wyoming, is also a veteran of the U.S. Army. Jenkins said he was eager to serve the nation as soon as possible after Sept. 11, 2001. So, right after graduation, he joined the Army in 2003 and served until 2009.

As a pastor, Jenkins said he and his family have helped establish three different churches and turned them over to new leaders. Additionally, Jenkins said he’s helped transform churches deep in debt and with low membership to thriving, well-attended institutions.

“Service has always been a part of my heart,” Jenkins said. “We have a lot of leaders who say they’re leading and not enough public servants who want to serve our community. I’ve been a servant of the public for my entire adult life.”

Church inspired Jenkins to take on a new opportunity to serve North Carolinians. Following a sermon that encouraged members to get more civically involved, a woman asked Jenkins if he was involved. She just so happened to be 83 years old at the time.

“That started the process of me really actively engaging more than just voting,” Jenkins said. “She made those words plain in my ear and God began to speak to me that we need Godly Christian people with values that mirror what our foundation used to be.”

Jenkins said he’s not a politician, just someone who recognizes that “we need something better” in political leaders. If elected, he wants to defend and protect Americans’ rights to worship, parents’ choice in education and life at every stage. Additionally, Jenkins claimed he’s an advocate of the Second Amendment, election integrity and working to address the challenges facing military veterans and law enforcement officers.

A father of five, Jenkins said he knows and understands what it means to put food on the table. Additionally, he knows the consequences of poor decisions being made “by leaders rather than servants.”

“We need people in Raleigh who will genuinely listen to the people,” Jenkins said. “And my entire life as pastor has been compassionately listening to the needs of the people and trying to make a difference so they can be better.”

Jenkins and his wife, Katie, live in China Grove with their children.