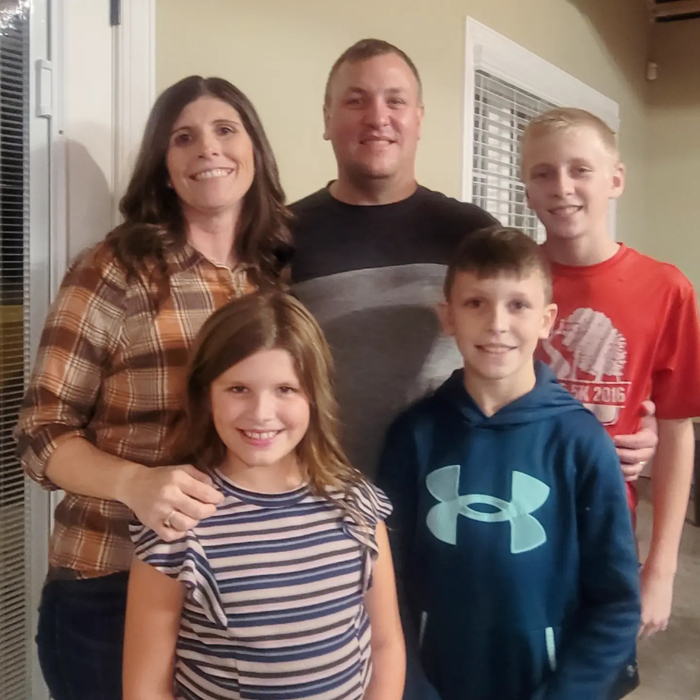 Garrett and Jennifer Raper and their three children. Submitted photo

For the previous three years, Jennifer Raper and her husband, Garrett, have hosted a Ukrainian girl. So, they’re paying close attention to what’s happening overseas.

The Rapers, who live in the China Grove area, have two sons and a daughter, ages 9 to 13.

“We’ve followed this international group for years,” Raper says. “God led us to orphan care. This is where our hearts were led.”

There are other groups that provide international hosting, but the Rapers work with Project 143, a group that brings 60 to 200 to the United States every year from Ukraine and Colombia. The group’s name comes from the fact there are 143 million orphans worldwide.

“It’s heartbreaking when you think about it,” Raper says.

When the Rapers first met their host child in 2019, she knew zero English. (She does not release her name or image because of security concerns.)

“There’s a lot of communication that can be done through a head nod and thumbs up and a smile,” Raper notes.

At first, the family used an app to communicate with the girl, but when she visited in Christmas 2021, Raper says, “We barely used the app. Kids pick up language so quickly.”

The girl spent time last summer with her host family and Christmas, returning to Ukraine on Jan. 15.

“We have known quite some time about the Russian troops sitting on the border,” Raper says. “If you’re in the know, you know what’s going on.”

Although the girl lives in a foster home, she and her mother are now safe in Italy for the foreseeable future through another hosting program. They message almost daily and Raper has even talked with the girl by phone.

Although the girl is not currently available for international adoption, Raper says, “We are committed to her. We consider her ours. We would like to adopt her one day if it were possible.”

For now, the girl lives with her foster mother in a home with about dozen other foster children.

“I get every sense they care for the children,” Raper says. “It’s almost like a small orphanage.”

At 18, the girl will age out of foster care. She may be able to study in the United States on a student visa, although Raper says that such visas are difficult for orphans to attain.

“There are just a lot of unknowns,” she says. “We were told she has been in foster care since age 3. Our investment in her now is making sure we can present the Gospel to her and take her to church when she visits. That’s our goal at this point — to minister to her in that way.”