SPENCER – The town police chief’s advisory board is looking for more members and doing outreach with an event on March 23.

The board’s charter describes a seven-to-nine-member board, but Town Manager Peter Franzese said not all of the five current members are active.

“So there needs to be more people involved,” Franzese said.

Franzese said the town wants a diverse board of community members, including people concerned about the relationship between the community and the police, police needs and perception. Members must either be residents, business owners, NAACP members or clergy.

At the forum, 6:30 p.m. March 23 in Spencer Town Hall, people will be able to meet advisory board members, police staff and learn more about joining. There will also be light refreshments.

“We want to encourage folks to think about this and apply,” Franzese said.

He said someone came in to the town hall on Monday to see the new facility for the first time. Franzese encouraged her to attend the Spencer Board of Aldermen meeting on Tuesday and the forum as well. She showed up.

The advisory board reviews applications and appoints members. The Spencer board as well as Salisbury’s board were mentioned as part of a book about civilian police review boards written by UNC-Chapel Hill faculty.

Franzese said this is not the only public-facing event that town has planned. When the town opened its new town hall in December it held an open house. It plans to have an open office hours event March 30 leading into a presentation about its new town park concept.

The town’s fire department is also trying to get a series of coffee with the chief events off the ground. The monthly meetings invite people into the town firehouse for coffee and conversation. 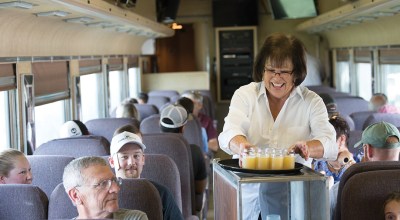