LANDIS — Town officials originally placed improvements to the historic “fire hut” near Beaver Street on its wishlist for one-time American Rescue Plan funding, but they instead dedicate the money to improvements in the Landis pool area.

Ahead of its regular meeting Monday, the town asked for community input and held a work session to hear feedback and discuss uses for $1 million of federal ARP funding. The proposals are not final, and board members agreed to hold another public meeting beginning at 5 p.m. April 4 so all feedback can be considered during preparation of the 2022-23 budget. The town has until 2026 to allocate all ARP funding.

Prompted by a question from Landis resident Sam Deadmon, Mayor Pro Tem Ashley Stewart asked Town Manager Diane Seaford why the town is planning for uses of funding now when there are years left to spend the money. Seaford said the idea is “not to rush, but to plan” since such projects can take a lot of time. Additionally, Seaford said it’s important to be intentional with the one-time funding, which is why she’s suggested improvements to the town’s recreational amenities as they have the broadest reach with the highest impact to all residents.

Deadmon suggested the funds “focus on more important items than the passive park,” which could include increased pay and resources for the town’s first responders, sewer and water infrastructure repair and replacements, sidewalks and ADA-compliant infrastructure.

Landis resident Catherine Drumm requested the town dedicate what it can to repaving streets. Citing Mt. Moriah Church Road, Drumm said roads give a “distressed, low-income appearance” and such funds should be invested to better the town’s appearance.

Seaford said Mt. Moriah Church Road has been added to the town’s three-year plan for repaving.

During the Feb. 8 meeting, Seaford said the board proposed the use of ARP funds for road paving, but such a project would use all of the $1 million. Other sources of funding can pay for street paving, Seaford said. Additionally, it’s still not enough to meet all of the town’s paving and water and infrastructure needs, she said.

Deadmon agreed with Drumm, calling for increased code enforcement measures to address the eyesores in the community.

Seaford said code enforcement is active, but mitigating problems involves a long process with hearings and due diligence to bring the property up to code. Alderwoman Katie Sells said such matters could be hashed out in the regular budget. Alderman Tony Corriher said many who allow such properties to get to a derelict state are on fixed incomes and give “their best effort” to mitigate the issues.

Landis resident Nadine Cherry said she agreed with Deadmon’s suggestions and cautioned the board to think about funding before acting.

Corriher said in lieu of spending $85,000 for a pavilion, courts and repurposing the “fire hut” building near South Beaver Street and East Mills Drive, money is better spent on the Rice Street block where the community pool is located because there’s not much action at Beaver Street. Additionally, he Corriher said he supports making investments at the Corriher Wilderness Park.

Alderman Darrell Overcash suggested the town sell four lots it owns near the “fire hut,” which would generate an estimated $160,000 for another project or need. Mayor Meredith Smith said she’d eventually like to see the “fire hut” building repurposed and suggested up to $15,000 in ARP funding be dedicated to a design plan for the space. The town should leave behind a play area of some sort in the event it’s developed into a residential space, Smith said.

Smith also suggested the town consider purchasing a system to track fuel usage across departments, especially for times when gas prices are high.

To date, $82,500 has been spent in ARP funding. That includes $20,000 to hire a fellow from the University of North Carolina system for a year to assist with professional administrative services; $17,000 for unexpected fuel cost increases among Public Works staff; $7,500 to cover special events costs in the 2021-22 budget; $18,500 for materials at the disc golf course and other utilities at Wilderness Park;  $7,000 to cover the cost of pre-audit expenses and $12,500 for a water/sewer line camera.

At this time, the following are Seaford’s suggestions for ARP funding:

• $271,000 to begin a host of projects with Parks and Recreation, including pool repair, a new splash pad and a playground. The total cost of those projects is $420,000, but Seaford said the town will take a phased approach for all projects and that grants and budget funding can address some of those additional costs. For the upcoming budget year, Seaford said the town will consider a “Band Aid fix” for the pool with a quote for more comprehensive repairs in the following fiscal years. 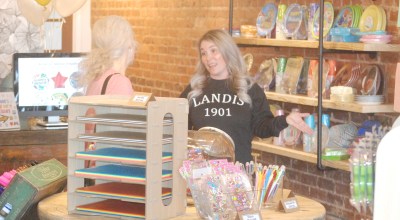