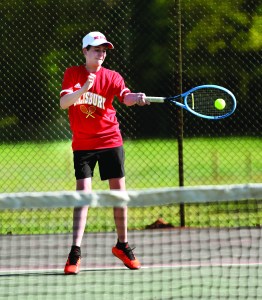 Salisbury’s girls basketball team (27-1) will play Farmville Central (27-4) for the 2A state championship on Saturday at noon at the Smith Center in Chapel Hill.

Catawba’s women’s basketball team has been selected to play in the eight-team Southeast Regional.

Seeded seventh, the Indians (23-6) will take on second-seeded Lander (22-4) in the quarterfinals. The game will be played at North Georgia on Friday at 2:30 p.m.

SAC tournament winner Carson-Newman will take on SAC regular-season champ Wingate on Friday in the 4 vs. 5 game.

SAC tourney winner Queens is seeded second in the men’s SE Regional, while Lincoln Memorial is the No. 3 seed for Saturday’s first round. Augusta is the top-seeded host.

• CIAA men’s champ Fayetteville State is the No. 8 seed in the Atlantic Region and plays Indiana, Pa., in the first round.

Carson’s Mary Spry is the South Piedmont Conference Player of the Year for girls basketball.

The 6-foot Catawba signee averaged 15.8 points on  47-percent field-goal shooting and hit 74-percent from the foul line. She made 24 3-pointers. Spry averaged 9.1 rebounds and 2.8 blocks.

Carson’s Brooke Stouder was named SPC Coach of the Year after guiding a 25-4 season.

North Rowan and Catawba grad and former Catawba head coach Jim Baker was named SPC Coach of the Year. The Vikings were 30-1. Central’s Jaiden Thompson was voted SPC Player of the Year.

Cox won a state title for the third straight season,  an unprecedented feat in Rowan County.

The team of Logan Shuping-Patrick Stephenson shot 59-59 — 118 and won the Two-Man Mulligan Tournament at Warrior.

The McCanless Couples had their biggest turnout of the year on Sunday.

Salisbury won 4-0 against Concord on Monday.

Sutton Webb led the Hornets with three goals and one assist.

Hannah Schmeltzer made seven saves in the contest.

Next  for Salisbury is a first-time opponent, Southwestern Randolph on Thursday evening.

Brittany Vanhoose scored twice for the Falcons. Leslie Guerrero had the other goal.

Vanhoose and Mia Arntsen had the assists.

Kristin Hammonds had 10 saves in the victory.

Kaleb Burleyson pitched four innings and struck out eight for the Hornets.

Landon Tucker pitched one inning and struck out three.

Jack Everson and Evan  Koontz had two hits each.

Dylan Bates and Breadon Castor had hits for the Cavaliers.

Salisbury is playing without No. 1 Will Koontz (illness).

Bailey Yon had two hits for the Raiders.

The Salisbury Parks and Recreation Department is accepting registration for its Adult Coed Kickball League.

Games will start in April. Register at Hall Gym or online at www.salisburync.gov/play.

ACC returns to Brooklyn, not its typically strong self