Hurley YMCA off to strong start in annual fundraising campaign 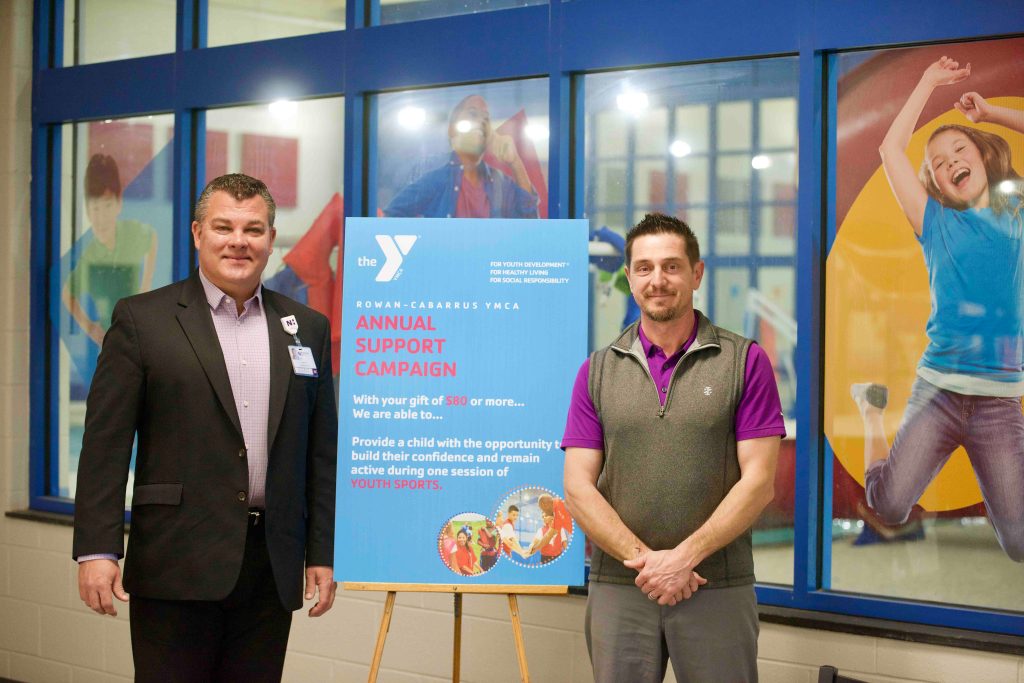 SALISBURY — The J.F. Hurley Family YMCA has gotten off to a strong start in its annual campaign, taking in about half of its goal in a few days.

The campaign, which started Tuesday, has raised $60,000 of the $120,000 goal. The money helps provide aid for people who would not be able to become members otherwise, and the Hurley YMCA expects to give about $400,000 worth of assistance this year compared to $350,000 last year.

Other branches of the Rowan-Cabarrus YMCA are holding their own campaigns as well.

This year, the campaign finale will be a breakfast on April 5. Reinholz said the breakfast normally kicks off the campaign, but it was pushed back due to the COVID-19 pandemic. In prior years, the Hurley YMCA has opted for speakers such as notable coaches, but it’s going local this year by tapping Salisbury High School Principal Marvin Moore to speak at the breakfast.

Moore, a former basketball player and coach at Catawba College, was picked because of his connection to older students at Salisbury High and younger students when he was principal at Isenberg Elementary School who have benefited from the YMCA’s programs.

“We felt that he is positioned nicely to be able to talk about an organization like ours,” Reinholz said.

Reinholz said Hurley is hiring and planning to return to normal operations after it rebuilds its staff. He also pointed to ways Hurley has gone the extra mile to serve the community, including hosting a vaccination clinic on site for more than a year, making plans with Novant Health and the county to use the facility as a field hospital if necessary and creating Y Academy during the extended period of remote learning to provide child care for school-age children.

Reinholz said Hurley received support for Y Academy through the Rowan County United Way, but it was still a net financial loss for the organization.

Novant Rowan Medical Center COO and Honorary Campaign Chair Gary Blabon said he is a longtime member and supporter of the Y. He commended the organization for what it has done during the pandemic, pointing to when Hurley was being considered as a field hospital location and the thousands of people who were vaccinated there.

To contribute to the campaign at any of the Rowan-Cabarrus branches, visit rocabymca.org/give.