SPENCER — In his playing days at South Rowan, 5-foot-5 Zachary Tatarka brought so much energy and effort to the baseball field that he beat long odds and got a chance to play in college. 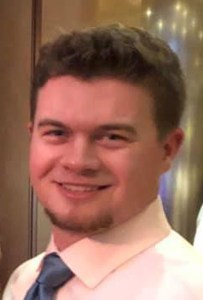 Now Tatarka’s goal is to get the North Rowan Cavaliers to play with that same sort of effort and energy that he did.

When he took the reins prior to last season, Tatarka became the program’s fifth head coach in six years. Throw in the COVID pandemic that reduced North’s 2020 season to six games and the 2021 season to eight games — and zero wins — and North baseball just about dropped off the map.

But that could change. The upbeat Tatarka is also the school’s AD now. He sounds like he’s committed to being in Spencer for the long haul, long enough to change the culture.

“Being AD as well as head baseball coach keeps me super-busy,” Tatarka said. “I’ve had to make a lot of calls to (West Rowan’s) Todd Bell and (South Rowan’s) Angie Chrimson with AD questions, but it’s all been good and it’s all been exciting.”

Realistically, it’s going to take some time for North to rebuild to where it was in 2016 when it last won a conference championship, but realignment has placed the Cavaliers in the split 1A/2A Central Carolina Conference where many of their opponents face the same obstacle that North does — a lack of experienced, travel-ball players.

North could finish in the middle of the CCC this season and the Cavaliers have a chance to be the best of the three 1As in their league. That would mean a playoff berth.

“Our biggest games are going to be Thomasville and South Davidson,” Tatarka said. “Those four games with the other 1As in our league are the ones we need to take care of.”

Tatarka is excited about the talent on hand. It’s raw and it’s inexperienced, but it’s there.

The difference between North’s talent and the talent at a baseball school such as East Rowan or Carson is that the guys good enough to start for the Mustangs or Cougars have been playing on baseball teams since they were in elementary school.

Baseball is a game of variables, situations, adjustments, a game of dozens of small skills. It’s not a game where you can excel just by being a raw athlete.

Many of Tatarka’s guys didn’t start playing baseball until high school. Or maybe they got their feet wet in Little League, but then faded away from the diamond for several years to focus on football or basketball.

“We’ve got to mold up most of our guys,” Tatarka said. “But we’ve got some very good athletes. We’re going to have some fun.”

Malakie Harris is a player Tatarka believes has star quality. He’s a hard-throwing pitcher, a powerful hitter and a quick third baseman when he’s not on the mound.

He threw a four-inning no-hitter Friday against Carolina International, a team the Cavaliers walloped 19-0.

“Harris has a lot of bat speed and hits four of five bombs every day in BP,” Tatarka said. “Great kid with a ton of ability. He’s strong, he’s in shape, he’s really good on the dirt, and he can be our ace pitcher and our best hitter.”

Joseph Hartman, a senior lefty is a finesse pitcher who is expected to be the No. 2 arm on the staff and is also a key hitter. Hartman will be the first baseman when he’s not on the mound.

The third pitcher will be junior Trey Johnson, who is the starting shortstop.

“He’s got a cannon,” Tatarka said. “He’s a baseball-only guy, but he’s a really good athlete.”

Harris, Hartman, Johnson and Castor will always be on the field.

Tatarka believes the outfield can be the team’s strongest point.

Senior left fielder Dylan Bates is one of the team’s most experienced players.

“He can really track a flyball, and he would run through a wall for us,” Tatarka said. “He can bunt and run. He’s an ideal No. 9 hitter.”

Burch could be the third baseman when Harris pitches.

Hunter Barth, a tall transfer from Gray Stone, will likely be the first baseman whenever Hartman pitches.

Junior Lucas Berg has some versatility and could be plugged into a lot of places.

Juniors Camron Simpson and Destin Sechler could help in the outfield, while sophomore Zack Foster could get some time at third.

Tatarka says good things are happening at historic 8th Street Ballpark where a lot of future Cavaliers were first introduced to the game.

But it’s a process. It will take time before North is a force in baseball again.

“It could be four or five years until we get the high school program back to where we all want it to be,” Tatarka said. “But it starts with this year’s team. This team has to lay the foundation.”

North baseball at a glance