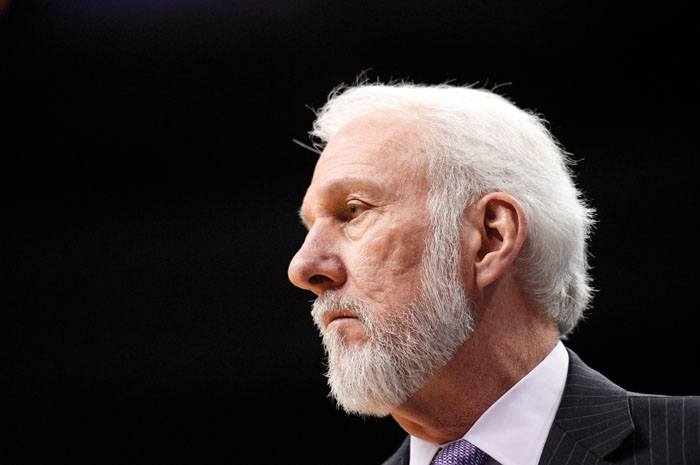 Gregg Popovich will have to wait another day to set the NBA career victories record. (AP Photo/Nick Wass, File)

San Antonio has lost four straight since beating Washington on Feb. 25 to move Popovich within one of Don Nelson’s record of 1,335 regular-season victories.

LaMelo Ball added 24 points for Charlotte, P.J. Washington and Montrezl Harrell each had 15 and Mason Plumlee had 13 rebounds. The Hornets made 19 of their last 20 free throws.

Keldon Johnson led San Antonio with 33 points, but was limited to five in the second half. Dejounte Murray had 25 points and 10 rebounds, and Devin Vassell added 14 points.

With Charlotte ahead 115-111, Plumlee contended with Jakob Poeltl for a rebound. The two locked up on the ball, and Plumlee slung Poeltl to the floor in an effort to control the ball. Officials ruled it a jump ball and no foul on Plumlee.

San Antonio: Johnson was perfect in the first period, making all seven of his shots — two of them 3-pointers — and his lone free throws. He had 17 of the Spurs’ 30 points.