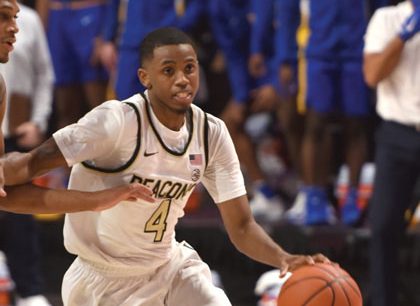 Wake Forest (23-8, 13-7) entered fifth in the Atlantic Coast Conference standings and secured a top-5 seed into the conference tournament for the first time since 2010. The Demon Deacons also matched a program record with their 13th ACC win.

Williamson and Walton were a combined 19 of 23 from the floor, with Williamson making five of the Deacons’ 10 3-pointers. Alondes Williams had 17 points and a career-high 11 assists, and Isaiah Mucius added 12 points.

The Deacons, who have won two of their last three games, shot 56% in the first half and 65% in the second while surpassing 100 points for the first time this season.

Terquavion Smith scored 22 points and made five 3s to lead N.C. State (11-18, 4-15). Jericole Hellems added 18 points, and Casey Morsell and Jaylon Gibson had 10 apiece. The Wolfpack play at Florida State on Saturday in a regular-season finale.