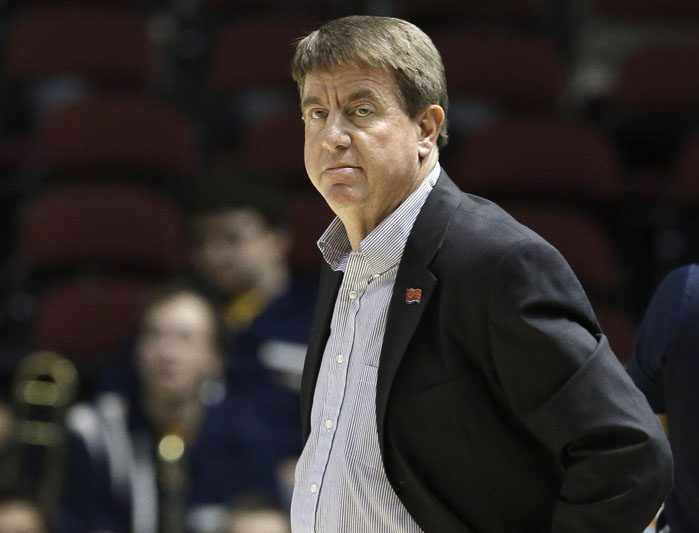 Wes Moore had moments of concern whether his third-ranked North Carolina State team was just waiting for the NCAA Tournament.

The Atlantic Coast Conference coach of the year doesn’t anymore, not with the Wolfpack aiming to follow the program’s first league regular-season title in 32 years with a third straight ACC Tournament title this week.

N.C. State (26-3, 17-1) headlines a field that features No. 4 Louisville, No. 16 North Carolina, No. 20 Notre Dame, No. 21 Virginia Tech and No. 25 Georgia Tech. First-round games begin Wednesday, while the Wolfpack, Cardinals, Fighting Irish and Tar Heels have byes into Friday’s quarterfinals.

The preseason favorite Wolfpack returned the top eight scorers from a team that claimed the program’s first No. 1 seed in the NCAAs before stumbling in the Sweet 16. That memory has lingered, with fifth-year senior Kayla Jones saying in October the goal “has to be bigger” than winning another ACC Tournament and that she was “tired of going to just the Sweet 16.”

“I was worried about that during the season some: are we just waiting for March?” Moore said. “Especially as toward the end of January and early February, we were just kind of grinding through the motions. But now I’ve seen a real enthusiasm in practice. I’ve seen more focus in preparation.”

Louisville lost this year’s lone matchup with the Wolfpack and lost narrowly at UNC on Feb. 17. But the Cardinals won their last three games, ending with Sunday’s dominating win at Notre Dame that saw the Cardinals lead 41-3.

“Our attention to detail has been much better,” Walz said. “We really did not do a very good job in that North Carolina game of following the scout. … As we’ve said from Day One, we’re not the type of team that can just roll the basketballs out, go play 5-on-5 and expect to beat people. We are very detail-oriented, and I think that showed” at Notre Dame.

Some other things to know about this week’s ACC Tournament in Greensboro, North Carolina:

The third-seeded Fighting Irish (21-7, 13-5) handed North Carolina State its only league loss, but have lost three of six – two being blowouts against Louisville.

“I feel like when you play against a team like N.C. State, Louisville, pretty much every team in the ACC, you have to raise your level and you have to learn how to compete,” coach Niele Ivey said. “You have to compete on the defensive end. And that’s what we’re going to work towards this week.”

The fourth-seeded Tar Heels (23-5, 13-5) have their highest win total since winning 26 games in 2015. Third-year coach Courtney Banghart, who is seeking her first tournament win, is hoping the Tar Heels are closing in on hosting opening-round NCAA games, too.

“I don’t know how you leave us out of that, to be honest,” Banghart said. “We’re just going to keep focusing on one game at a time and trusting that the people making the decisions are doing that thoughtfully.”

The Hokies (21-8, 13-5) finished in a three-way tie for third behind ACC player of the year Elizabeth Kitley inside, but Sunday’s loss to N.C. State dropped them to the 5-seed. They join the sixth-seeded Yellow Jackets as the top teams opening play Thursday.

Virginia Tech has never reached the ACC semifinals since joining the league for the 2004-05 season.

ESPN’s latest projection has the league with eight NCAA bids as of Tuesday morning, including No. 7 seed Miami and No. 8 seed Boston College on the right side of the bubble.

But Ninth-seeded Florida State and 10th-seeded Duke could use wins in Greensboro.