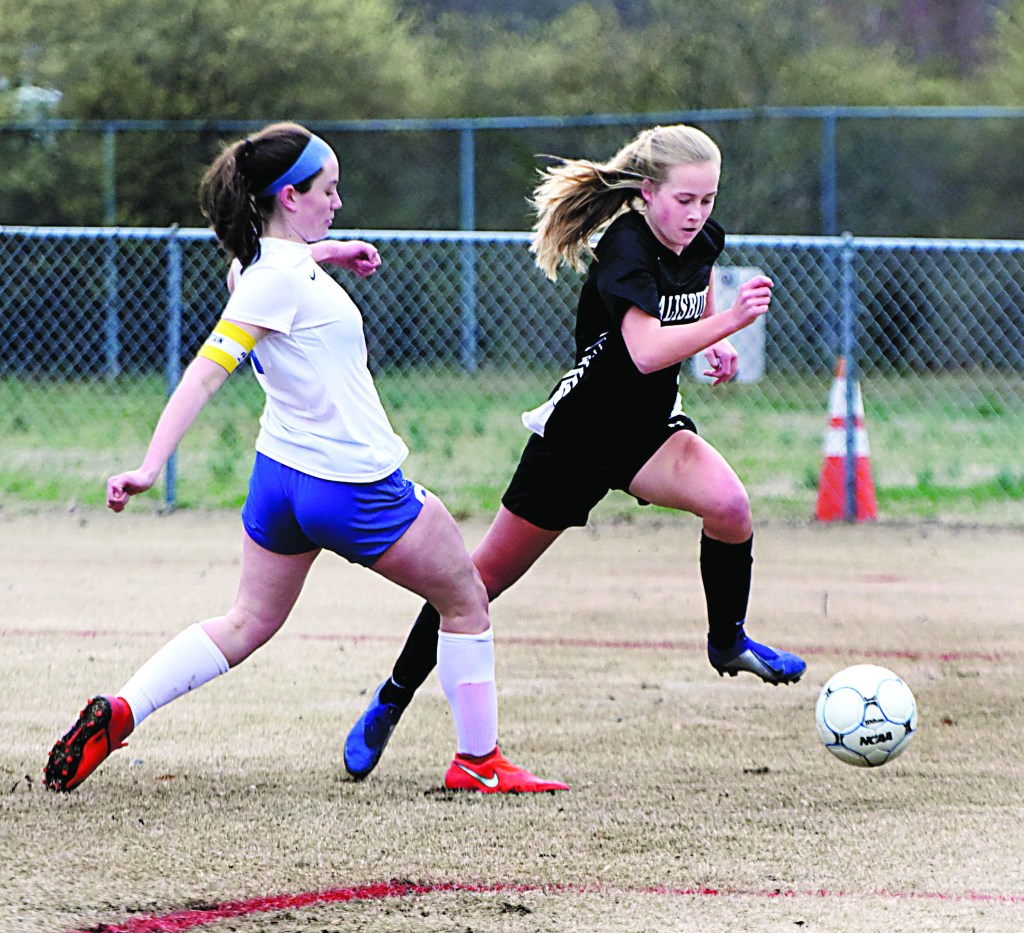 Salisbury kicked off  the girls soccer season with a 5-1 victory over visiting South Rowan.

Kendall Colwell scored the first goal of the campaign on a double putback after a shot to near post.

Sutton Webb then led the charge for the Hornets, scoring four unanswered goals.

Next up for the Hornets is a non-conference match on Wednesday  at North Stanly.

Emily Kelly made 10 saves for West Rowan in a 3-0 loss to Davie on Monday.

Salisbury opened Monday with a 10-6 win against North Hills. Carson Herndon is the new head coach of the Hornets.

Burleyson, Koontz and Hank Webb did the pitching for the Hornets.

Salisbury lost 18-2 to North Stanly on Monday. Katie Peeler had a triple, Mallory Link and Ashley Yang had RBIs.

Salisbury opened on Monday with a 9-0 Central Carolina Conference win against Thomasville.

UNC Greensboro’s Nick Lyerly (East Rowan) is on top of the leaderboard at the Dorado Beach Collegiate in Puerto Rico.

Livingstone golfers are 1-2-3 after the first two rounds of the Blue Bear Golf Invitational at Warrior.

Ronald Otile led the way with 69-69 and leads at 2-under. Jakisa Emmanuel shot two 73s, while Collins Ajidra had a pair of 74s.

The Blue Bears shot 7-over as a team and have a 27-shot lead over Fayetteville State.

Salisbury’s Charlie Barr   is playing for High Point University in Las Vegas and shot a pair of 72s on Monday.

Rockwell’s Tony Morgan made a hole-in-one at McCanless. Morgan aced the 105-yard No. 12 hole with a 9-iron. It was his second career ace. He made the first one last spring. He was playing with  Paul Thomas and Mike Rozmaryn.

Catawba’s men’s basketball team is seeded seventh for the South Atlantic Conference tournament and will play at second-seeded Queens at 7 p.m. on Wednesday.

Catawba’s women’s basketball team will play at home at 7 p.m. on Wednesday. The third-seeded Indians will take on sixth-seeded Newberry.