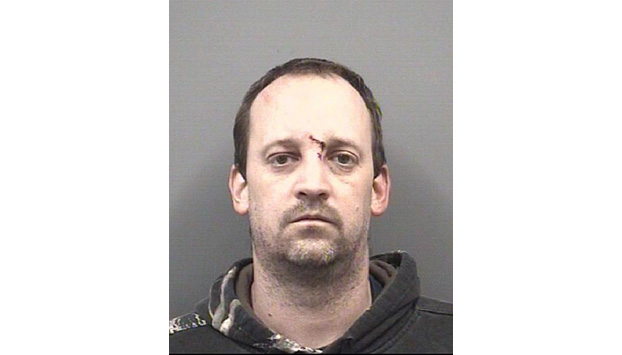 SALISBURY — Police say a 34-year-old Salisbury man took officers on a chase last week to Iredell County and back with a jet ski in tow.

Stephen Edward Jones was charged Tuesday with felony flee to elude, resisting a public officer and assault by pointing a gun. The last of the three is connected to an incident on Sudley Circle near the County Club of Salisbury, where Jones allegedly pointed a gun at his girlfriend.

An officer responding to the assault call received a description of Jones’ vehicle — a black Suburban towing a jet ski — and spotted it before he reached the Sudley Circle home. The officer waited for backup and activated his lights and sirens on Majolica Road near the intersection with Sherrills Ford Road. When the officer used a public announcement system to give instructions to the vehicle, Jones turned right onto Sherrills Ford Road and accelerated, which started the chase.

Law enforcement officers deployed Stop Sticks, a tire deflation device, in Iredell County. That caused Jones’ vehicle to slow down, and he turned into the grassy median on U.S. 70, according to Salisbury Police.

Sgt. Russ DeSantis said Jones ignored commands to exit his vehicle and was forced to the ground by officers. In his mugshot, Jones has an L-shaped cut between his eyes that he said was caused by police.

DeSantis said officers didn’t find a gun his his vehicle — only a pistol magazine.