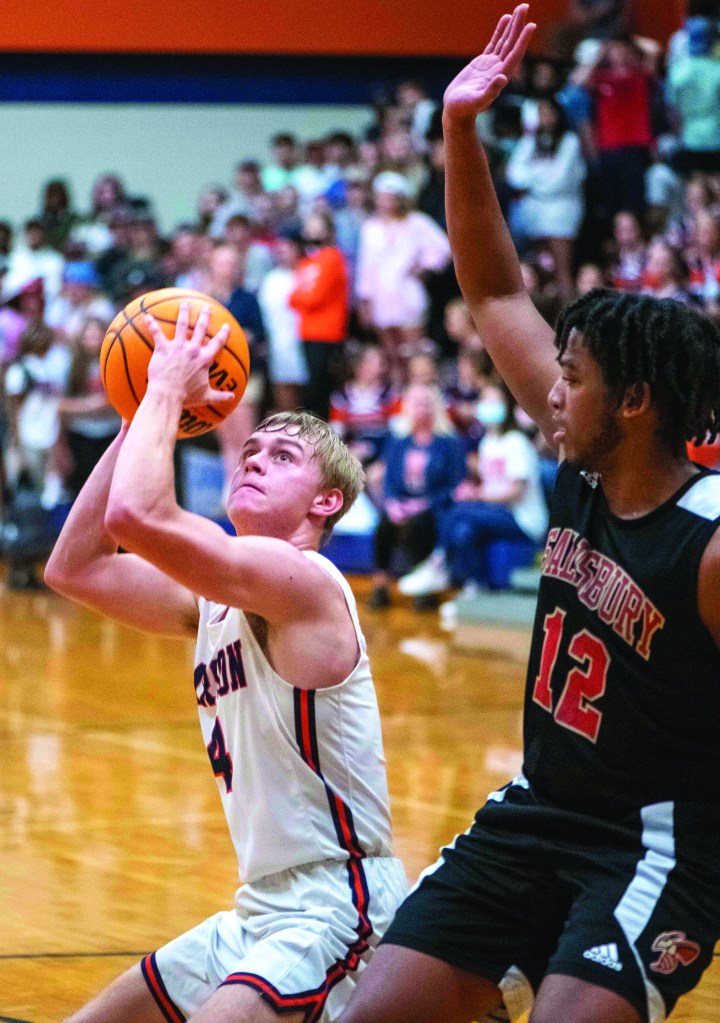 This is a third-round game in the 2A state playoffs.

The fourth-seeded North Surry Greyhounds (21-4) have won their last seven since a setback against rival Mount Airy.

In the second round of the playoffs, the Greyhounds put up 84 points against Patton and had three men score more than 20. All three are juniors. Kolby Watson scored 26, Jahree Lynch had 24, and James McCreary scored 22.

Seeded fifth, Salisbury (20-4) has prevailed in playoff scraps at home with Reidsville and Trinity and goes on the road for the first time. The Hornets have not shot well in the playoffs, but they’ve found ways to win. They hit Trinity with a 20-0 run in the fourth quarter to break that one open.

Sophomore Juke Harris (23.3) and senior Cameron Stout (19.5) are the scorers for the Hornets and are 1-2 in Rowan County. Harris is a slasher who can finish in the lane and get to the foul line. Stout is a pure shooter and makes big shots. Harris and Stout had their struggles on Thursday, but teammates came through.

Mike Geter is the No. 3 scorer and offers a lot as a passer, ball-handler, defender, driver and leader. Deuce Walker, Dashawn Brown and freshman guard Bryce Dalton have all scored more of late. Nick Antosek is the tallest Hornet at 6-foot-6. He starts and usually provides a blocked shot or two.