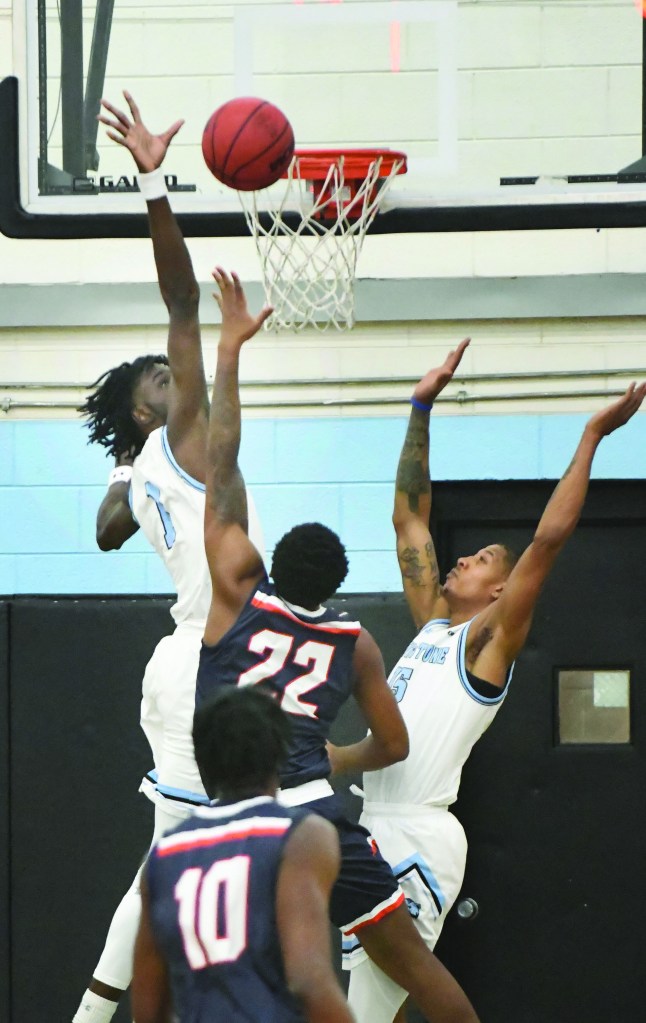 The fifth-seeded Blue Bears advanced Thursday might with a 91-89 win in the quarterfinals against fourth-seeded Lincoln.

DeShone Hicks hit a floater from the top of the key with less than two seconds remaining to lift the Blue Bears.

Freshman Khyree Temple led the way for the Blue Bears with 23 points. He got 14 in the second half.

Livingstone shot 56.5 percent from the field for the game and made 63 percent in the second half.

LC’s Navar Elmore, who led the league in blocked shots and was seventh in rebounding, was named CIAA Defensive Player of the Year.

High school basketball: North girls in 3rd round for…