High school basketball: North girls in 3rd round for first time since 2016 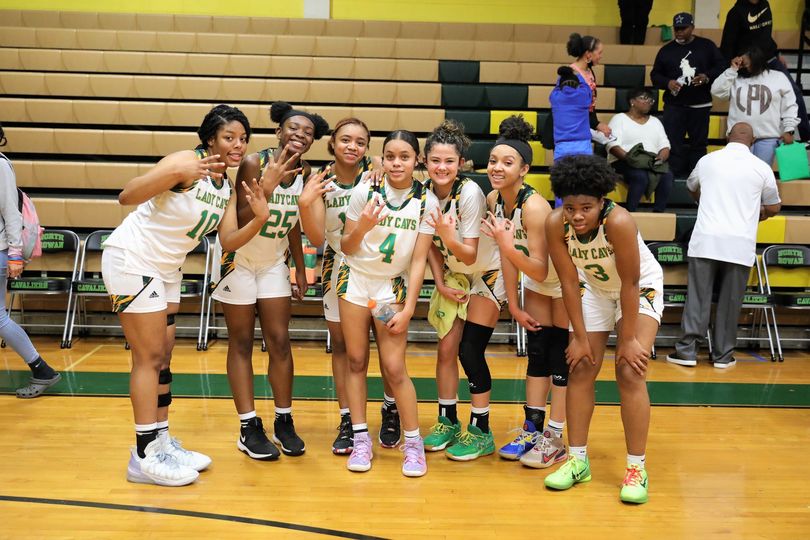 North Rowan’s girls basketball team did it again on Thursday, beating Robbinsville 78-64 in the second round of the 1A state playoffs with a powerful, 46-point second half.

“Early foul trouble did not stop us,” North head coach Anthia Smith said. “The girls stayed composed. It was an aggressive game, but we played hard on both ends of the floor. They gave their all again tonight.”

Hannah Wilkerson scored a season-high 30 for the fourth-seeded Cavaliers, while Bailee Goodlett scored 25, one less than her career high. Brittany Ellis added 15.

North has made the third round of the playoffs for the first time since 2015-16, a season in which Aliyah Farmer and Special Washington led a 19-8 squad coached by Brian Lytton.

Rowan girls basketball is strong this season. Seven of North’s losses have been to Salisbury, Carson and West Rowan. The other loss was to 4A North Meck.

While North had the better seed as the top 1A team in a split 1A/2A league, some considered Robbinsville to be the favorite. Robbinsville plays in the same league as Murphy and had lost three tight games to Murphy this season. Murphy blew out North in the first round of last season’s playoffs on its way to the state championship.

In the MaxPreps rankings, Robbinsville was fourth in 1A West, while North Rowan was 10th.

Robbinsville started fast and led by five after a quarter, but the Black Knights’ lead was down to one by halftime.

Yeika Jimenez, who relocated to live with a Robbinsville family after a hurricane devastated her home in Puerto Rico, scored 14 for the Black Knights in the first half, but North held her to four in the second held and started to take control of the game in the third quarter.

North kept it going in the fourth quarter and won going away by 14.

Jimenez and point guard Desta Trammell scored 18 each for Robbinsville. Trammell added to her state record for free-throw shooting. She’s made 59 in a row.

Wilkerson added five rebounds, two steals and two assists to her points and finished the night with 1,576 career points. She’s third all-time at North and 16th in modern county history.

“She continues to put in the work and the poise and leadership she shows as our only senior is phenomenal,” Smith said.

Goodlett, a sophomore, surpassed 500 points for the season. She had four steals and three assists.

“She did not let up on either end of the floor,” Smith said. “She is locked in, and she has been ready to compete in every game.”

Ellis, another sophomore, had five rebounds and three assists to go with her points.

“She has another level to her and when it comes out she will be unstoppable,” Smith said. “She showcases bits and pieces of her potential, and it’s a sight to see.”

While those are the three that do the bulk of the scoring for North every game, the Cavaliers got eight points and a lot of defense and rebounding from the other four members of the team.

Bloom Goodlett, Bailee’s twin sister, focuses on the boards. She had 10 rebounds and three blocks.

“She was relentless,” Smith said. ‘She was in foul trouble, but stayed composed and worked hard on both ends. She and Bloom had rebounds that gave us opportunities for second-chance points.”

“She played much more aggressive,” Smith said. “As a freshman, she’s asked to step up and push through. She doesn’t back down.”

“She’s becoming more confident and is very strong around the basket,” Smith said. “I was proud of what she contributed.”

Next for North is a home game on Saturday against fifth-seeded Bishop McGuinness (22-6).  McGuinness is in Kernersville, about 10 miles northeast of Winston-Salem.