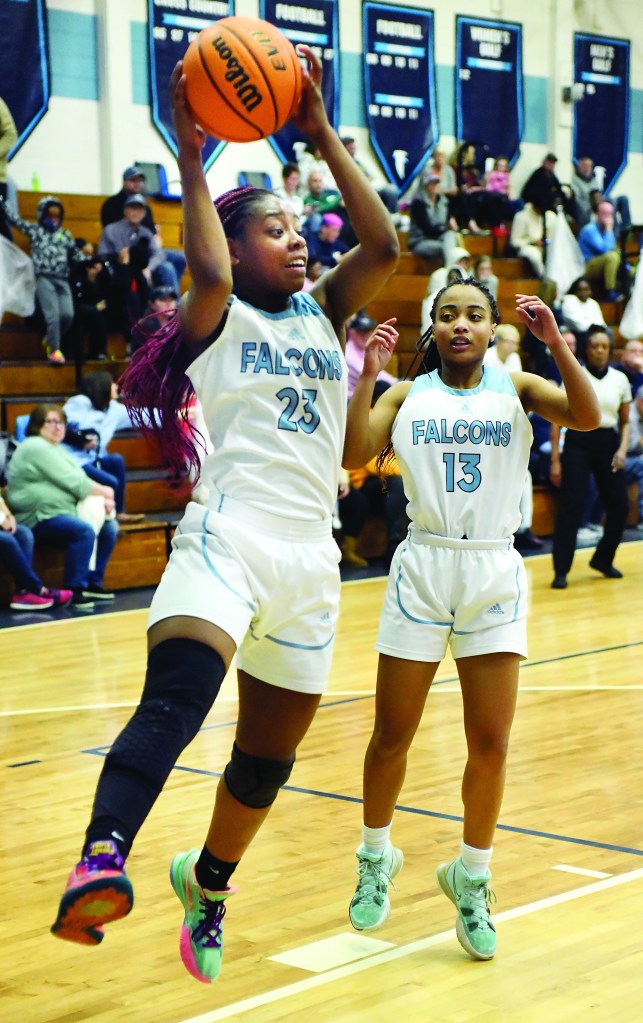 West’ Rowan’s girls finished up in the same gym where the West Rowan boys had lost two nights earlier.

No. 12 seed West was down 27-25 at halftime in the 3A second-round playoff game, but put together a strong third quarter.

The Falcons led 46-40 heading to the fourth quarter but couldn’t hold off the fifth-seeded home team.

East Lincoln won with 38-percent shooting and won despite going 4-for-17 at the foul line.

Taliyah Thomas led the Mustangs (28-1) with 18 points. Hailey McFadden had 15 points and 10 rebounds. Madison Self had nine points and 14 rebounds. Ginny Overbay scored 11.

De’My Phifer scored 16 for the Falcons. Emma Clarke had nine, while Lauren Arnold and Mya Edwards scored eight each.

West overcame some early-February adversity to put a 17-7 season in the books for coach Ashley Poole and was South Piedmont Conference runner-up.

The Falcons’ top seven players — two juniors and five sophomores — can return next season. They’ll be the favorites in the SPC.

East Lincoln will play at North Davidson, the No. 4 seed, on Saturday.