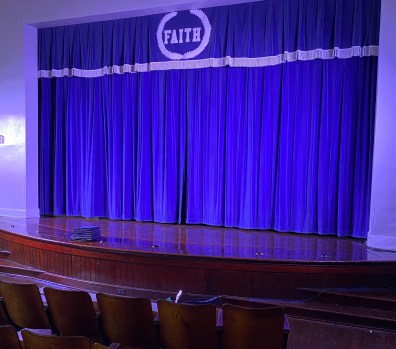 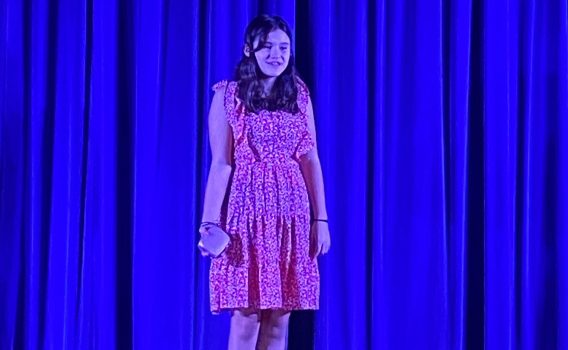 FAITH — Faith Academy Charter School will present its first theatrical production tonight at 7 in the auditorium.

The sixth and seventh graders will star in their own, scripted talent show titled “We Open Tomorrow Night” to showcase their niche talents and the result of their daily theater arts class. Doors open at 6 p.m. to the general public for free with no ticket required.

Victoria Carpenter, the middle school theater arts teacher for Faith, held after-school practices leading up to the performance in addition to one-on-one rehearsals for students eager to improve their drama skills and daily class time.

“They all have great ideas,” she said. “This is their play and they’ve made it their own.”

Students are bringing a variety of skills to center stage, including song performances, a dance routine choreographed by a student and a scene reenactment from the Star Wars franchise.

Carpenter brings back old school drama presentations to her classroom by excluding microphones from performances unless singing is part of the act. This gives students practice for projecting their voices so audience members in the back can hear lines delivery clearly.

She said her reason for choosing “We Open Tomorrow Night,” originally written by Michael Wehrli, was to give the students of Faith Academy Charter the opportunity to bring their own twist to the comedy. With a play lower in popularity, each member of the class is able to express themselves freely without feeling the need to reflect how other actors bring a performance to life, she said.

“It also teaches them how plays work,” Carpenter said. “ ‘We Open Tomorrow Night’ is essentially a play inside a play.”

The theme of the performance teaches students about the production process while they rehearse to maintain their theater knowledge.

“We Open Tomorrow Night” will be the first production presented by Faith Academy Charter School since opening its doors for the first time in August of last year. Previously the home of Faith Elementary, the school was refurbished and made into a K – 7 charter academy with a lottery admissions process. Online applications for entry open Jan. 1 through Feb. 28 at 11:59 p.m. before additional admission offers are offered in March for the public.