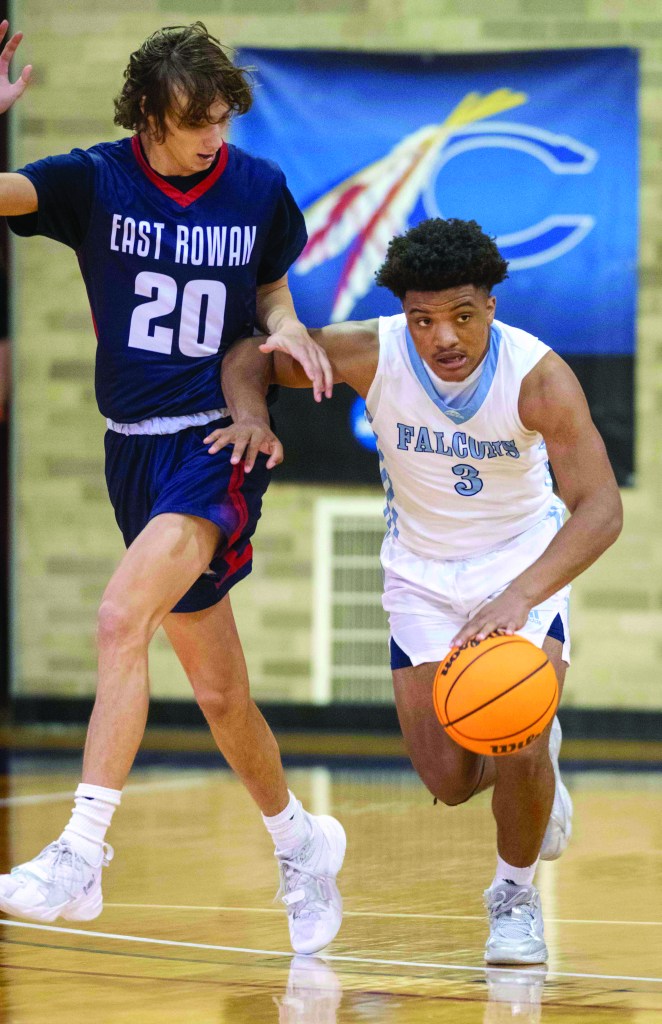 The Falcons got a heart-stopping 3-pointer from sophomore Will Givens to beat the buzzer and send the game to overtime, but the home team pulled away in the OT period from the foul line.

Athan Gill led West with a career-best 23 points. He scored 14 in the first half, and West headed to the locker room in a 26-all deadlock.

Gill scored to give West a 46-45 lead with three minutes to go in regulation. The teams scrapped the rest of the way.

Down three late, the Falcons found Givens, their best shooter, and he connected from the left wing for 51-all and OT.

Givens and Kayvone Norman scored 11 each. Josh Noble scored six and had a key bucket late in the regulation.

Drew Brown scored 21 for the Mustangs, including 12-for-14 from the foul line.

Gurley has coached West in 676 games, with 451 victories. Both figures are records for Rowan County basketball.