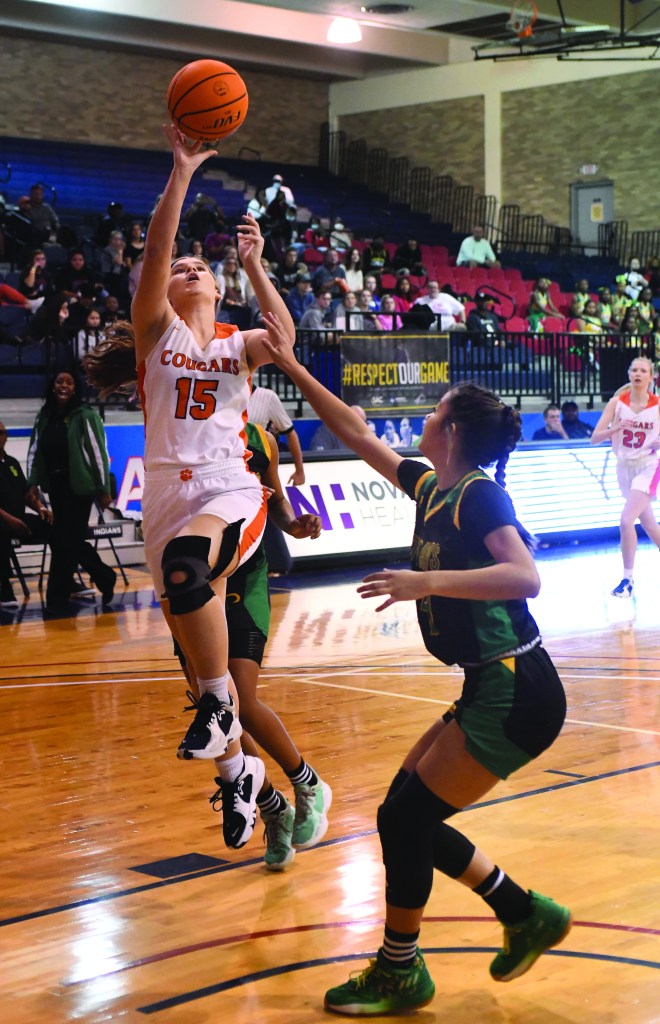 CHINA GROVE — When you break the program record for fewest points allowed, there’s not much to complain about.

Carson’s girls basketball team had allowed 10 points a couple of times in recent seasons, but for the first time ever, the Cougars limited an opponent to single digits.

Top-seeded and the defending state champs, Carson throttled West Charlotte 53-8 on Tuesday in a mismatch in the first round of the 3A state playoffs.

Only one girl scored for the visitors. Jaylah Henderson got all eight.

“I didn’t expect this,” said Carson coach Brooke Stouder, who logged her 258th win at the helm of the Cougars. “We played a great defensive game. Great half-court defense and great transition defense.”

Carson (23-3) shot 42 percent and won its 14th in a row since a last-second loss at Northwest Cabarrus.

Senior Hannah Isley led the Cougars with 17 points on 6-for-12 shooting. She surpassed 800 points for her career. She had eight rebounds, with seven coming on the offensive end.

Makayla Johnson added an efficient eight points on 4-for-5 shooting.

Things are expected to get more exciting for the Cougars in Thursday’s second round.

Carson will host a team from the mountains, the Pisgah Black Bears (19-6). Pisgah beat Kings Mountain 63-54 on Tuesday.