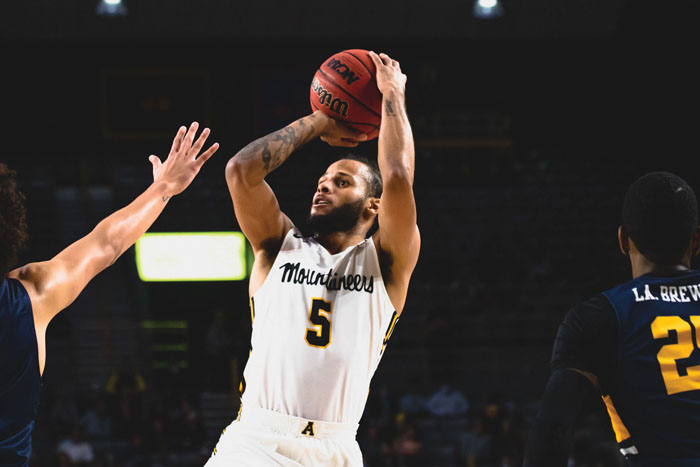 CHARLOTTESVILLE, Va. —  A.J. Griffin incurred the ire of coach Mike Krzyzewski when he passed on an open 3-pointer late in the No. 7 Blue Devils’ tight game at Virginia.

“What are you doing? Just shoot. Like, you should shoot all the time, whenever you get it, and you next shot is the first shot” Krzyzewski said he told Griffin, a freshman and one of the nation’s top long-distance shooters.

Griffin, who had missed seven of eight shots, got the message. He hit back-to-back 3-pointers and then scored on a drive, helping Duke hold on for a 65-61 victory Wednesday night.

“We have confidence that his next shot’s going to go in,” Krzyzewski said of Griffin, who has made 50 of 104 3-point tries this season. “Three of his next shots went in in the last four minutes and God Bless.”

“He kept us in it offensively,” Cavaliers coach Tony Bennett said of Clark, whose also had seven assists and six rebounds.

Clark had never made more than four 3-pointers in a game, and made all six in a span of just over 11 minutes, scoring 18 consecutive points for Virginia. “They were going in so I kept shooting,” Clark said,

Jeremy Roach led the Blue Devils with 15 points, and Griffin and Keels added 13 each. Jayden Gardner had 16, and Reece Beekman 11 for the Cavaliers.

Roach also was assigned to defend Clark after his fast start, and Krzyzewski said “I thought his performance was the differentiator. … His verve on offense really lifted us.”

Duke is at Syracuse on Saturday and Virginia hosts Florida State.

Post, wearing a face mask due to a broken nose, was 9 of 10 from the field and Zackery was one of three BC players with three steals. Zackery is tied with Troy Bell for the fourth-most steals in a season by a BC freshman.

Boston College pulled away during a 12-0 run, with four points from Post, midway through the second half for a 49-39 lead. BC led by at least seven points the rest of the way.

Smith made four 3-pointers to set a freshman record at NC State with 82 on the season. Seabron scored 17 points in the first half, but NC State still trailed 33-31.

NC State is at North Carolina on Saturday.

Clemson was without leading scorer PJ Hall (15.5 points per game) due to a foot injury. But guards Hunter and Dawes helped carry the weight without the Tigers star big man.

GREENSBORO (AP) — Dante Treacy had a career-high 24 points as UNC Greensboro got past Western Carolina.