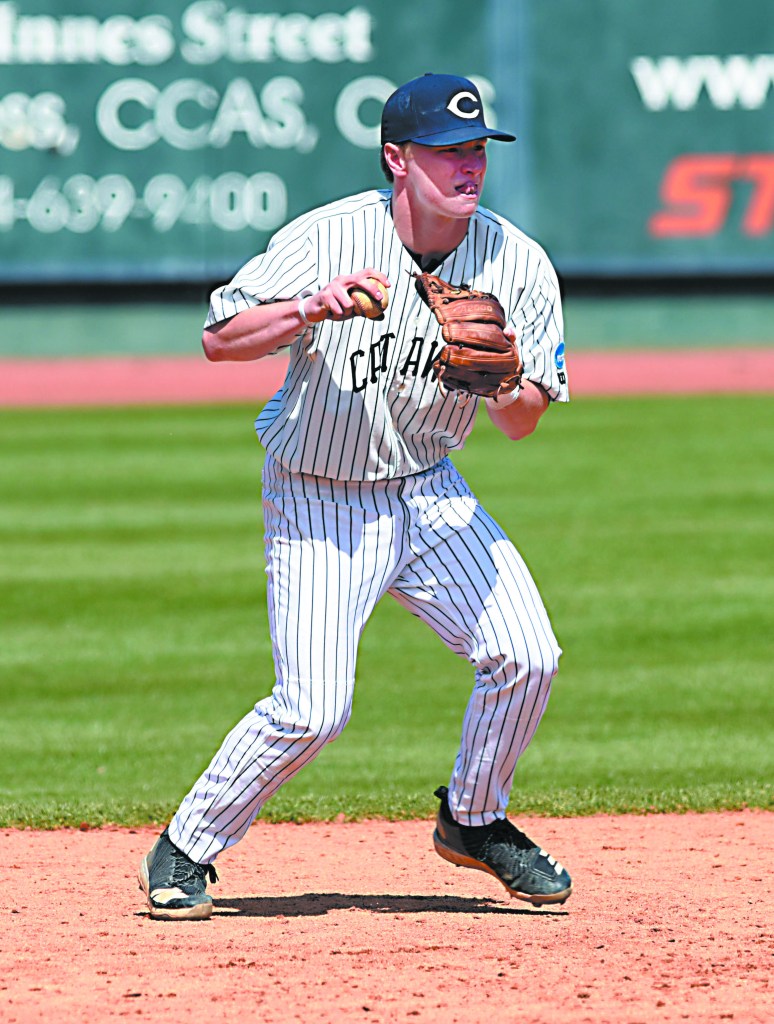 Catawba's Joe Butts at 2nd base throwing to 1st. photo by Wayne Hinshaw, for the Salisbury Post

HARTSVILLE, S.C. – It was one of those strange non-conference games against a conference opponent, but that didn’t matter much.

Catawba’s baseball team needed a win on Tuesday and got it by pounding Coker 9-1 on the road.

Catawba (6-6) did some serious slugging — 13 hits, including homers by Dawson Painter and Zack Miller.

Painter hit a two-run homer in the first to get it started.

Joe Butts had three hits and continues to steal bases and score runs.

Cameron Mills had two hits, including a single in front of Painter’s early blast.

Catawba used “staff” to pitch this one. Drew Robertson was credited with the win.

Catawba is back at it this afternoon against Barton at 4 p.m. at Newman Park.