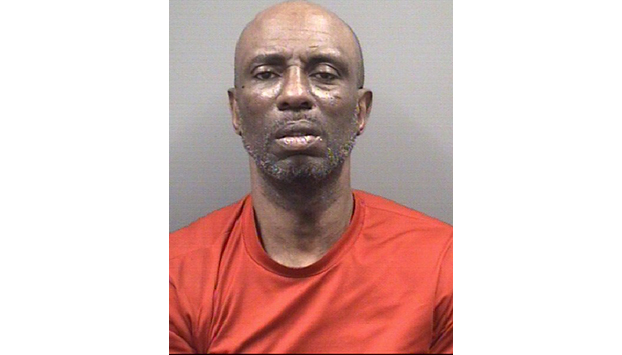 SALISBURY — A man jailed for crashing into a woman’s car while her daughter was inside will face additional crimes for a chase that started near Spencer, reached a speed of 135 mph and ended at Rent-A-Center in downtown.

Kevin Van Norman, 52, was jailed Monday for assault with a deadly weapon with intent to kill, assault on a female, violating a domestic protective order and misdemeanor child abuse. Because he fled officers seeking to arrest him for the domestic charges, Norman also will face charges for felony flee to elude, driving careless and reckless, speeding, simple possession of marijuana and possession of drug paraphernalia, the Rowan County Sheriff’s Office said.

Norman’s chase started at about noon on Monday at 2650 Goodman Lake Road. There, he passed a deputy head-on in a car matching the description of a Volkswagen Touareg that fled another officer. When the deputy on Tuesday turned his vehicle around and confirmed it was the same SUV, he waited for other officers to arrive before activating his lights and sirens, an incident report states.

Norman’s vehicle slowed down and pulled onto the shoulder near Long Ferry Road’s bridge over Interstate 85, but it accelerated and turned onto I-85 south.

The Sheriff’s Office said the chase involved Norman weaving in and out of traffic, driving erratically and reaching a speed of 135 mph on the interstate. He exited the interstate at Peach Orchard Road and continued the chase above posted speed limits on Old Concord, Heilig and Faith Roads as well as Innes, North Arlington and East Liberty streets, an incident report states. Norman successfully avoided driving over Stop Sticks, a tire deflation device used by the N.C. Highway Patrol.

The vehicle crashed into a creek near East Liberty Street’s intersection with North Long Street in Salisbury. The street is split by railroad tracks before resuming on the other side of Salisbury Station. Norman jumped from the crashed vehicle and ran toward the train station, the Sheriff’s Office said. Deputies lost sight of him when he crossed the train tracks. A North Carolina Highway Patrol helicopter circled over downtown Monday afternoon because of the chase.

An incident report says Norman was found at Rent-A-Center shortly after deputies provided his description to other officers. He allegedly resisted arrest and fought with officers, who used a stun gun to arrest him. The Sheriff’s Office said he had marijuana and rolling papers in his pocket.

Norman remained in jail on Tuesday morning with a $5,000 bond. But the domestic nature of his assault charges prevent him from bailing out immediately.

Norman previously lived with the woman, was kicked out of the house and waited for her in the bushes for about two hours on Sept. 13 to talk to her when she was leaving to pick up her daughter, an incident report states. Norman is the girl’s father.