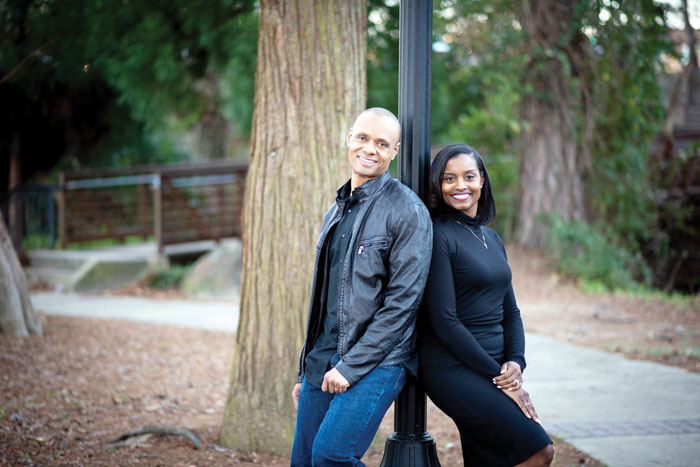 Kelly based his one-man show on a conversation he had with his older son several years ago. It includes some 22 characters — his parents, his grandmothers, his grandfather, Robert E. Lee, David Duke, James Baldwin and more.

“I’ve been told that it’s a beautiful piece of art,” Kelly says. “It’s storytelling at its finest. This is not diversity training. This is one daddy telling his story.”

Performances will take place at 7:30 p.m. on Thursday at Salisbury High School, 7:30 p.m. Friday in the Faith Center of St. John’s Lutheran Church and 7:30 p.m. Saturday at The Reach Church.

Dialogue workshops for students will take place at Salisbury High School Thursday and Friday and Kelly will lead an ecumenical gathering at The Reach Church at 10 a.m. Saturday before the evening performance.

Kelly and his wife, Elenah, have two sons, Sterling, 14, and Langston, 11. Elenah Kelly, 43, is commander of the 512th Memorial Affairs Squadron at Dover Air Force Base in her role as a lieutenant colonel with the Air Force Reserves. The family lives in Fayetteville.

Kelly says he is comfortable with commemorations of the South’s past, but not celebrations.

“I’m comfortable with having brothers and sisters on the wrong side of history,” he says. “But the Confederacy wanted to divide our country.”

Asked whether white people are doing enough to affect racial reconciliation, Kelly, who is Black, answers, “Are we all doing enough? I’m a peacemaker and a man of faith. There is white privilege. There are certain differences that on average people of color do not have: higher income, access to more education, safer neighborhoods.”

Fixing it requires “spending time in each other’s spaces,” he said.

“In Fayetteville, my church is getting ready to have a pastor swap with a white church,” Kelly said. “We know it’s going to be awkward, but we’re going to spend time in each other’s spaces. We’ve got to have some ‘skin in the game.'”

The key, Kelly advises, is to show up and ask questions.

“That’s when we start making headway. I don’t want apologies,” he said. “Racism is not something whites today created. But we all perpetrate it. I have lighter skin. I’m closest to the norm of the population. My wife is gorgeous, but she has darker skin. She has been told by Black people, ‘You’re so pretty for a dark girl.’”

Karen Puckett, a member of the St. John’s Conversations that Matter Team says the country is at an unusual time in its history, facing a variety of stress points that make it difficult to have civil conversations.

“As a country, we’re polarized, frustrated, and it seems we’ve turned everything into a political chess match,” Pucket said. “Although St. John’s is an established white church, it resides in a diverse community, placing the church in a unique position to reach out to people of many different backgrounds and to provide opportunities for safe and honest conversation.”

So what conversations should we be having with one another?

“Stop spending so much time being politically correct,” he says. “Don’t use the knee-jerk reaction of ‘canceling’ friends. That stops conversation. When we get hurt and walk away from the negotiation table, we have no other choice but to be silent or to fight, which hurts everybody.”

He adds, “If people are talking, they’re not fighting. Develop personal connections. Find people who don’t look, live, and love like you, and sit down and have conversation.”

So what’s the bottom line for Kelly?

To learn more about Dr. Kelly, go to sonnykelly.com.

Editor’s note: This story has been corrected to state the location of a gathering Saturday at The Reach Church. The location previously was incorrect. We apologize for the error.