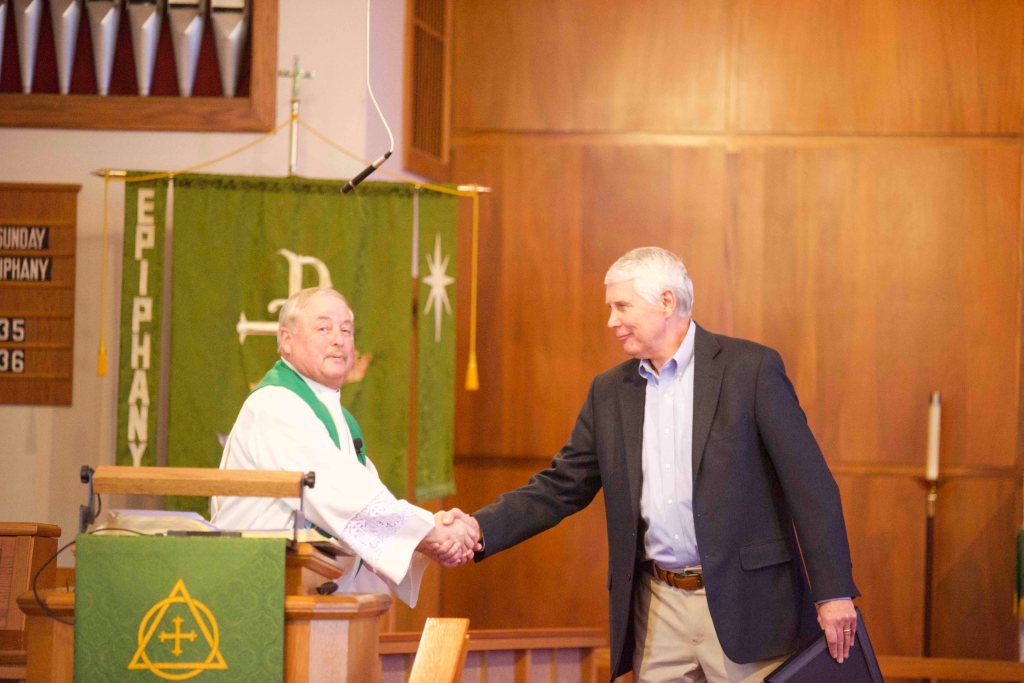 SALISBURY — Alan King was surprised Sunday morning when he was asked to come to the pulpit.

King was called to the front of St. Peter’s Lutheran Church to receive one of the highest civilian honors in the state: the Order of the Long Leaf Pine. The award is given by the governor to people who have made significant contributions to the state and their communities.

King knew he was nominated, but he had no idea he was selected. The church setting worked well for presenting the award because the congregation knew he would be there. He’s spent his entire life coming to the church.

King was overcome with emotions receiving the award. Being presented with the award at church made it more special, he said.

King spent most of his career in education. The East Rowan High graduate earned his bachelor’s degree from Lenoir-Rhyne University in 1973 and began teaching at Corriher-Lipe Middle School the same year.

He spent 34 years with Rowan-Salisbury Schools, retiring as assistant superintendent in 2007.

King earned a master’s degree from UNC-Charlotte in 1979 and a doctorate from Nova University in 1991.

He’s served on the board of directors for a number of local nonprofits. He is the current chair of the board of Nazareth Children’s Home and previously served as a board member for Rowan County United Way, the Rowan County YMCA and Novant Rowan Medical Center.

A few things came together Sunday morning to make the presentation special. St. Peter’s doesn’t have a permanent pastor at the moment. The former pastor took another position in western North Carolina. So, other pastors have been rotating in each Sunday before a permanent pastor is named.

This Sunday, John Pless preached at St. Peter’s. His first calling as a minister was at St. Peter’s decades ago. Pless and King also were classmates at Lenoir-Rhyne and have remained friends since.

“I was here from 1975 to 1984 as the pastor and during that time the church grew very rapidly,” Pless said.

Pless felt a calling to go to a church in South Carolina, but King was always supportive while he was at St. Peter’s. He came on to the church’s council decades ago and has stayed involved.

“He’s continued to play a tremendous role since that time,” Pless said. “He’s been on all the committees and done about everything that can be done here at St. Peter’s. He is a wonderful, lasting anchor in this church.”

Dari Caldwell, who’s received the same award, led Rowan Medical Center and currently chairs the county’s Board of Health, wrote one of the letters supporting King’s nomination to receive the Order of the Long Leaf Pine.

Caldwell described King’s work as a board of trustees member at the hospital. She commended his work on the board and the lengths he went to see to the well-being of people in the community with no compensation. She wrote he often stayed with people while they were hospitalized and sat with them during their darkest moments.

“King’s contributions to our community and the state of North Carolina are immeasurable,” Caldwell wrote.