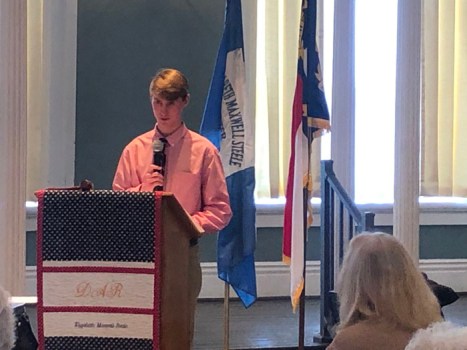 Ryan Brady won at the DAR district level and his essay has been submitted for state judging. Submitted photo 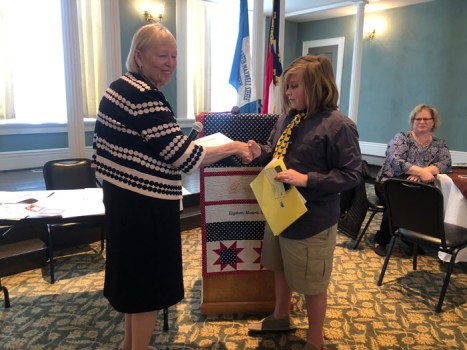 SALISBURY — Two students from Rowan County were awarded prizes for writing the winning essays in the Elizabeth Maxwell Steele DAR Chapter’s American History Essay Contest on Feb. 16. One of them, Ryan Brady, was also a district winner.

Essays written by students are submitted for local judging and the winners are honored at the chapter meeting.  Cade Brooks, a seventh grader at North Hills Christian School, earned $50 for his essay “Tomb of the Unknown Soldier.” He was accompanied by his mother, Samantha Brooks.

Ryan Brady, a junior at East Rowan High School, won $50 for his winning essay title “Life in the Lion’s Den: The Story of Robert Townsend.” His parents are Eric and Ann Brady.

All local winning essays are sent to NC DAR District IV for judging. Brady also won there and his essay has been submitted for state judging.