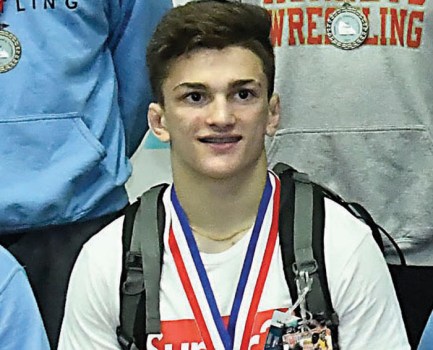 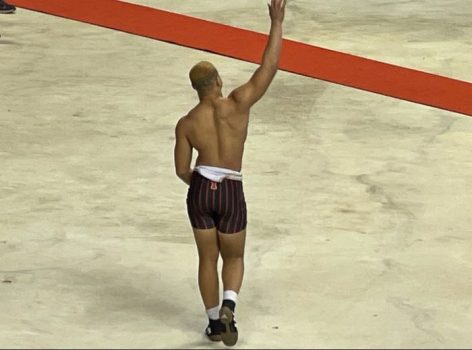 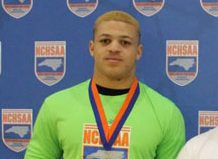 “Winning a third one felt amazing, felt every bit as good as I thought it would,” Cox said. “I’m sitting here thinking about it the whole journey now, and the feeling is more relief than anything. I worked so hard and for so long to do this.”

Cox, a South Rowan senior, made school and county history with his triple play on the mat.

Rowan County has produced a number of two-time state champions, including recent South double dips by Logan Lambert and Logan Durham, but Cox is the first to win three titles.

Cox won the 113-pound championship in 2A as a sophomore and made the major jump up to 138 pounds as a junior. He stayed at 138 this school year, but South moved up to 3A, so the landscape changed some.

Cox went undefeated as a junior and senior and closed his career with a staggering stretch of 82 consecutive victories.

Cox didn’t register any pins on his way to the state title, but he dominated. His four victories in Greensboro were a 16-1 tech fall, followed by 9-1, 16-6 and 13-4 major decisions.

While Cox has been dominant for years,  Gaither, a 225-pound football linebacker wrestling linemen in the  heavyweight division, defied long odds to become a state champion.

In December, Gaither didn’t even make the championship round of the Rowan County Championships. West’s Christian Hercules beat South’s Jacob Fuentes in the final after Fuentes beat Gaither.

“After the football season, Jaden was underweight to be competing in his weight class,” Salisbury coach Matt Coble said. “But he put in the time and the work and he learned to use his athleticism and quickness to his advantage against bigger guys.”

“He was feeling some jitters in that first match on the big stage, wrestling in front of a big crowd,” Noble said. “And nobody in the state tournament is a bad wrestler. They all can beat you. He finally got to use the under-hook that he likes and he was able to advance.”

Gaither got on a roll then and racked up three straight pins. The third pin made him a state champion.

“His opponent made a mistake and Jaden got outside on him,” Coble said.

Gaither ended a drought for Salisbury wrestling titles. The Hornets hadn’t celebrated a state champ since Tre Jackson and Joseph Figueroa both won in 2010.

“The guy Reed lost to in the semifinals was a guy he probably beat nine days out of 10, but this was that 10th day,” Coble said. “But he came back from it and showed what he can do.”

East’s Luke Heglar and West’s Kevin Obrien squared off in a match at 120 to decide fifth and sixth in 3A. Heglar, the veteran, won it over the freshman.