‘Going to be fair maps’: Legislators talk to Rowan Chamber of Commerce about redistricting, state issues 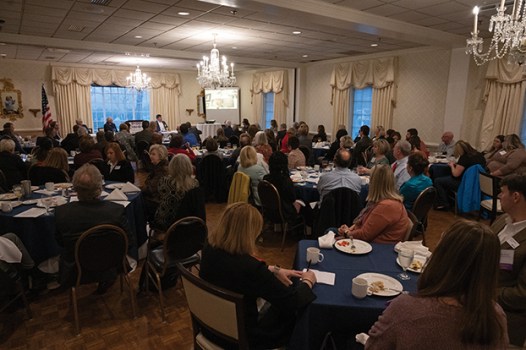 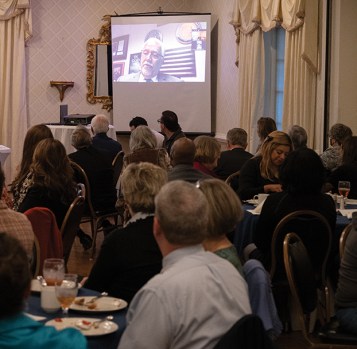 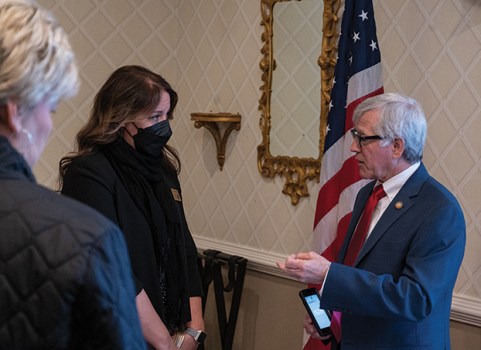 SALISBURY — State legislators representing Rowan County on Thursday provided a peak into ongoing efforts to redraw voting maps and an update on priority projects during the Chamber of Commerce’s Power in Partnership breakfast.

Rep. Harry Warren, Rep. Wayne Sasser and Sen. Carl Ford were featured speakers at the event, which was held at the Country Club of Salisbury.

All three legislators said they’re working with colleagues in Raleigh to approve new voting maps after the North Carolina Supreme Court struck down previously passed districts for giving Republicans an unfair advantage. The deadline for legislators to pass redrawn maps is Friday afternoon. The maps will then face approval from judges before being implemented ahead of the May 17 primary election.

On Wednesday night, the House of Representatives passed a new map for its own districts by a vote of 115-5.

“I think we’ve got some good maps that are going to be fair maps,” Sasser said.

Sasser, who tuned into the Power in Partnership virtually, said he was satisfied with the map, even though the process took several hours.

“That was a really enjoyable night, although we started about 2 o’clock and got out about 9:30,” Sasser said. “It was worth the wait. Nobody was happy, but everybody was satisfied. I think you call that compromise and it’s not a dirty word.”

The map passed by the house would split Rowan County into three districts, represented by Warren, Julia Howard and a third representative who would also represent a portion of Cabarrus County. Sasser would no longer represent Rowan County if he ran for re-election in his district.

The Senate on Thursday was still working through a new Senate and congressional map.

Voting maps weren’t the only topic of discussion during the Chamber’s event. Ford, who joined the meeting virtually from his Raleigh office, gave an overview of the money allocated to Rowan County in the state budget passed late last year.

“We were able to get quite a bit of money for Rowan County in this past budget and I think we’ll get possibly maybe close to the same amount this coming year,” Ford said.

More than $60 million was allocated for Rowan County in the budget, Ford said. He highlighted $5 million set aside for the Mid-Carolina Regional Airport expansion while listing other recipients of funds, including the town of East Spencer, the N.C. Transportation Museum, Catawba and Livingstone colleges and Bell Tower Green Park.

Warren, who drove back from Raleigh to speak in-person at the event, gave an update on legislators’ work on high-priority items for the Chamber’s Governmental Affairs Committee.

To spur economic activity in northeast Rowan County, Warren said he and Ford are advocating for the creation of an interchange at McCanless Road and I-85, which could connect East Spencer and High Rock Lake to future development.

“I don’t think it’ll take as long as it did to get Beatty Ford because the priorities are different and the dynamics of development are different now,” Warren said. “We have a sense of urgency in every department involved in this. So, I think we can make that happen.”

“When you reduce the personal income tax, you are giving real tax reduction across the board to the middle class and the small business community,” Warren said.

“We’ll see this question about Medicaid expansion come to a head again before the summer is out,” Warren said.

Warren said legislators also will be focused on the state’s education scheme, plans to replace revenue lost by the decreasing personal and corporate taxes and electrical vehicle infrastructure development.

“Many states including our own Governor have mandated that all new car sales will be electric vehicles by 2030,” Warren said. “North Carolina is consistently the sixth most-visited state in the union and if we want to maintain that or approve upon that, we have got to be able to think now to facilitate the location and proliferation of charging stations across the state.”

All three legislators praised Rowan’s leaders and business community for making the county a good place to represent.

“You just don’t know how good it is to be a senator from Rowan County because Rep. Warren and Rep. Sasser will tell you, not everybody in Raleigh has a working relationship with the local chamber, with local elected officials, with local businesses like we do,” Ford said. “Rowan is special. There are 100 counties, but there are not many like Rowan.”

The Chamber’s next Power in Partnership will be its Salute to Agri-business on March 17.