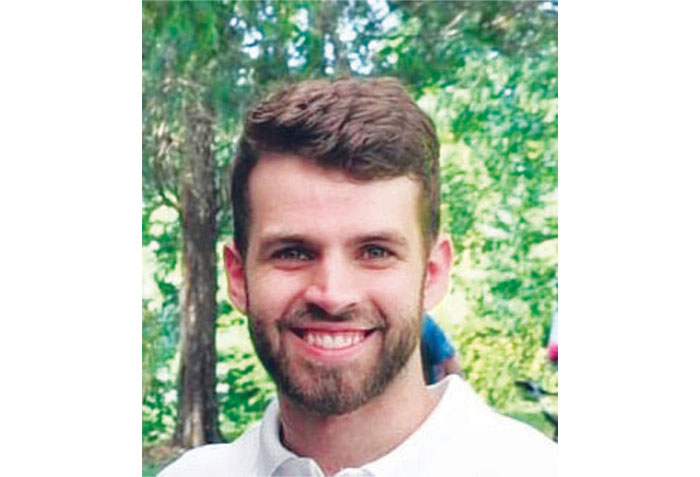 Submitted — China Grove native Grayson Haff is a Republican seeking election to District 83 this year. The district is slated to cover the southwestern portion of Rowan County and the northwestern corner of Cabarrus County.

CHINA GROVE — Born and raised in China Grove, business owner Grayson Haff says he’s the best candidate in the 2022 election to represent the conservative values of southern Rowan as a state House lawmaker.

Haff is running for North Carolina House District 83, which comprised the southwestern portion of Rowan County and the northwestern corner of Cabarrus County before lawsuits stopped the state’s filing period. However, a state House district map proposed in the General Assembly this week leaves District 83 unchanged.

A graduate of Jesse C. Carson High School, Haff, 25, said he’s always held conservative values but wasn’t active in politics until college. He began at East Carolina University and moved after a year to attend UNC-Chapel Hill for business school. While in college, he began Meripex Apparel Company and later became a partner with Apparel Sourcing Group, which helps companies find manufacturing and fulfillment opportunities to grow their businesses.

Haff called UNC-Chapel Hill more of a liberal environment than he was accustomed to. His junior year marked the primary election in 2016, and he worked to establish a club to support former President Donald Trump. Haff said a faculty member worked with him and a few others to establish the organization, but they experienced resistance from the university. That experience “lit a fire” in him to get more involved in politics, he said.

Once North Carolina House district maps were approved in November, Haff said the new district was his chance to represent the residents of an area he’s known his whole life.

“I’ve always been interested in doing something in politics where I could actually make a difference ever since college,” Haff said. “Once I saw there was an opportunity there to represent the area I was born and raised in, I was really excited by that and wanted to jump on it and fight for those conservative values that the people of south Rowan have and northwest Cabarrus have, in Raleigh.”

Haff said his business background gives him an understanding of balanced budgets, reduced spending and lowered taxes. If elected, Haff said he wants to work on policies that propel the success of small businesses while also reducing governmental mandates that jeopardize North Carolina’s competitive edge.

Education is another important issue. Haff said he wants to focus on policies that provide job readiness for K-12 students so they can develop trades or have an easier pathway to a college or university. Haff said it’s important to protect school choice for families and allow them to use state vouchers to send their students to private and charter schools.

“Medical freedom,” or fighting against COVID-19 vaccine mandates, is another focus. Haff said vaccination decisions should be left to parents, students and school districts.

Haff said he also wants to see rural areas such as those in District 83 represented with policies related to agriculture and development, especially since new developments continue to make their way to that area.

“Even though I’m so young, I’ve been here for more time than the other people I’m running against,” Haff said.

Other declared candidates include physician and veteran Grant Campbell, along with Rev. Brad Jenkins, the former chair of the Rowan County Republican Party. Both candidates are Republicans. The candidate filing period was halted in December because of litigation related to the district boundaries, but it will resume at 8 a.m. on Feb. 24 and end at noon on March 4.