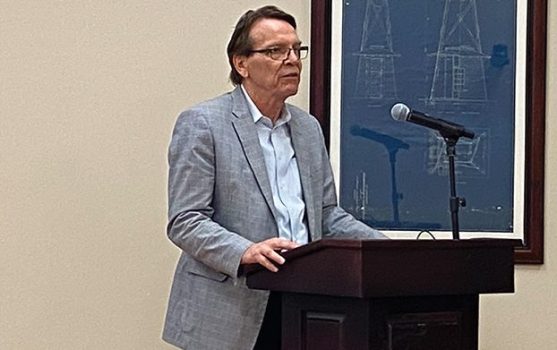 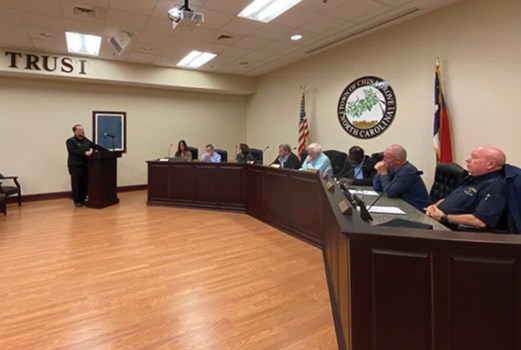 CHINA GROVE — The Town Council on Tuesday night approved a tax incentive deal to help attract a company that would bring thousands of jobs, more than half a billion dollars in investment and become the largest-ever economic development announcement in the county.

The company behind what is being called Project Rabbit is considering a site near China Grove for an e-commerce center. The company’s facility would require about $584.3 million in investment for equipment and construction. It would bring 5,100 total jobs, a little more than half of which would be part-time, seasonal positions. The name of the company has not been revealed, but it is an American company that has been described as a household name and a good community partner.

The company behind the project appears to be targeting land near exit 68 in China Grove.

The Rowan County Board of Commissioners voted last month to approve an incentive deal that would have the county return 80% of the new taxes paid by the company for 15 years. The Rowan Economic Development Commission approached China Grove and asked the town to approve an identical sweetener.

The China Grove Town Council voted 4-1 in favor of the incentive deal, which carries a value of about $22.5 million. Steve Stroud was the lone vote against the package. The vote came after council members heard from several citizens, an elected county official and representatives from the Rowan EDC.

Two China Grove business owners started the public hearing by sharing their concerns about the incentive. Jason Overcash, who owns Armor Pro Concrete Coatings and is working to open Grove Cartel Brewing Company downtown, criticized the incentive for not netting the town enough tax revenue. Overcash said 80% was an “astonishing” number and questioned if there had been any negotiations about a less generous deal.

“Have we negotiated? Are we asking for tiered-down investment or tax breaks or are we just giving away the farm based on a promise or a Hail Mary?” Overcash said.

Overcash also questioned whether the tax revenue kept by the town would be enough to cover the cost of law enforcement services to the site.

Rowan EDC President Rod Crider said the life of the facility would be between 40 and 50 years, meaning the facility will be functioning and contributing to the tax base after the incentive deal has expired. There would also be a reinvestment in equipment at the e-commerce facility at some point.

Brent Engelhardt, owner of Old Town Soap Company, told town council members he was concerned about not knowing the company behind the project.

“You guys are going to give away an incredible sum to it’s a guess, it’s a hope, it’s a what’s the pot of gold at the end of the rainbow? That’s a large leap of faith,” Engelhardt said.

Crider said the Rowan EDC is aware of who the company is and vouched for its reputation.

“We happen to know who the company is and as you have been told, it’s an American company, it’s a company that has operated for many years,” Crider said. “I really can’t say much more than that other than to say I think you will be very happy with the quality and caliber of this company.”

Engelhardt also criticized the council for supporting the company behind Project Rabbit and not existing small businesses.

“We can’t get $10 invested in our businesses,” Engelhardt said.

Rowan County Board Chair Greg Edds took to the lectern to defend the significant tax incentive being offered to the company. He said the incentive was necessary because the county is competing against “communities that could buy and sell Rowan County.”

“We have to be able to compete and someone throws a percentage out there and we’re either in or we’re out,” Edds said. “We have to decide if we’re all in or we’re all out. We decided we were all in.”

The Rowan EDC and county leaders have not only touted the direct number of jobs created by the project and the large construction and equipment investment, but also the overall impact the project will have on Rowan County. That includes induced and indirect jobs the Rowan EDC expects the project to generate at nearby businesses such as gas stations and restaurants that would serve the employees at the e-commerce center.

Those benefits are why China Grove resident Wayne Starnes voiced his support for the project during the public hearing.

“I think about construction over the next five to 10 years, all those construction workers are going to need somewhere to eat, somewhere to buy stuff,” Starnes said. “I just think that we’re going to make up for any losses that we might have by not getting the tax revenue. My opinion is, it’s a good thing for the town.”

Stroud did not share that opinion. He voted against the incentive because it wouldn’t add much money to the town’s budget via tax revenue. Citing current staffing shortages faced by businesses around the country, Stroud also said he doubts the company’s ability to fill thousands of open positions.

“I’m just not that visionary that sees the financial impacts, the great deal that China Grove is getting out of this,” Stroud said.

Stroud said he is optimistic another deal would come along if Project Rabbit does not go through.

At a China Grove Town Council meeting earlier this month, Shelton said the Rowan EDC is hoping the state will pitch in to help land the company behind Project Rabbit. If Rowan County is chosen, Shelton said an announcement would likely come next month.