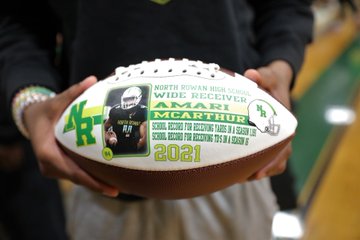 He received a commemorative ball from head football coach Nygel Pearson for breaking multiple school records during the football season.

Known as “The General,” he broke the single-game record for receiving yards with 273 yards on five receptions against North Stanly.

He could break all the school career receiving records next fall.

McArthur is competing now for the Cavaliers in basketball.

He won the 100 meters in the Rowan County Track and Field Championships in 2021. 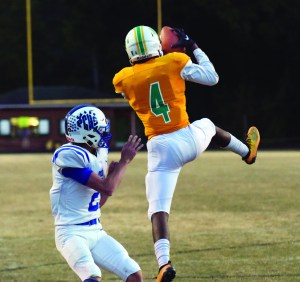