Heavy heart: Keselowski trying to honor his dad at Daytona 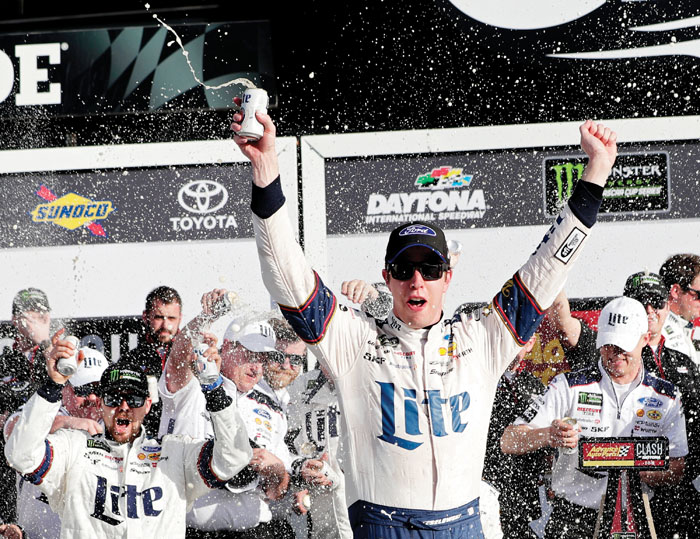 DAYTONA BEACH, Fla. — Brad Keselowski climbed out of his battered race car at the end of last year’s Daytona 500, yanked off one glove and threw it at the smoking heap of steel and sheet metal. He did the same with the other glove before pulling off his helmet, grabbing it by the chin strap and tossing another heater toward the mangled mess that had come to rest between the final two turns.

This one hurt for reasons Keselowski didn’t initially reveal. The 2012 Cup Series champion had told his ailing father before traveling to Daytona Beach that he was going to win NASCAR’s season-opening race for him.

“I thought about him the whole plane ride home and how close I was,” Keselowski said.

Keselowski has waited a year for another shot, and this one comes with a heavy heart. Keselowski’s father, Bob, died in December at age 70 following a two-year bout with cancer. Bob Keselowski, the 1989 ARCA Series champ and a longtime driver and team owner, celebrated his son’s title nearly a decade ago and was on board with Brad’s big move to part-owner at Roush Fenway Racing after a dozen years driving at Team Penske.

Brad was in position last year, running second until what he called “stupid luck” on the last lap. Teammate Joey Logano blocked Keselowski’s attempted pass about a mile from the finish line and wrecked both of them. The melee cleared the way for longshot Michael McDowell to reach victory lane for the first time in 358 Cup Series starts.

“The sting of Daytona …,” Keselowski said, his voice trailing off. “I knew my dad didn’t have much time left this time last year and he actually made it a lot longer than I thought he would. I don’t know if that’s the kind of fighter he is or was. But I told him before I left for Daytona, ‘I’m going to win you the Daytona 500, Dad.’

“That’s part of what stung so bad, losing it the way I did last year. I wanted to win it for him.”

“Daytona is … she’s a heart-breaker,” he said. “She’s broke my heart a couple times here. I still keep coming back, though, right? I’m like the guy in the friend zone here with Daytona, trying to break out of the friend zone.”

Maybe a new car, a new team, a new number and a new owner/driver role will help. The 38-year-old Keselowski is now the face of Roush Fenway Keselowski Racing. He formally joined the team in July and will drive the No. 6 Ford, with Chris Buescher as his lone teammate.

“I was prepared to finish my career at Team Penske,” Keselowski said. “Wasn’t really thinking much different would happen and then this opportunity came and some other pieces fell into place, and I was kind of like, ‘Why would I do this?’ And the answers on why I wouldn’t do it weren’t very good, so here I am.”

It’s a natural fit for Keselowski. After all, he started a Truck Series team in 2008 that raced regularly between 2012 and 2017. His grandfather, great-uncle and older brother also also brief NASCAR careers.

But Keselowski’s father was the one who really got Brad hooked as a youngster in Rochester Hills, Michigan.

“I owe a lot of my success to him,” Keselowski said. “Some people are self-made and some people are 100% a product of their family and their upbringing. I think I’m somewhere in between. My dad was never a Cup racer. He never even had aspirations of that from what I can recall. He just wanted to race and kind of be a middle-class guy.

And there would be no better tribute to his father than to win the Daytona 500 two months after he died. “Somebody once told me you don’t win the Indy 500, the Indy 500 chooses you to be the winner. I think there’s a lot of truth to that about the Daytona 500,” Keselowski said. “You put yourself in position and you hope the race chooses you. … In some ways, I just don’t think the race has chose me.”