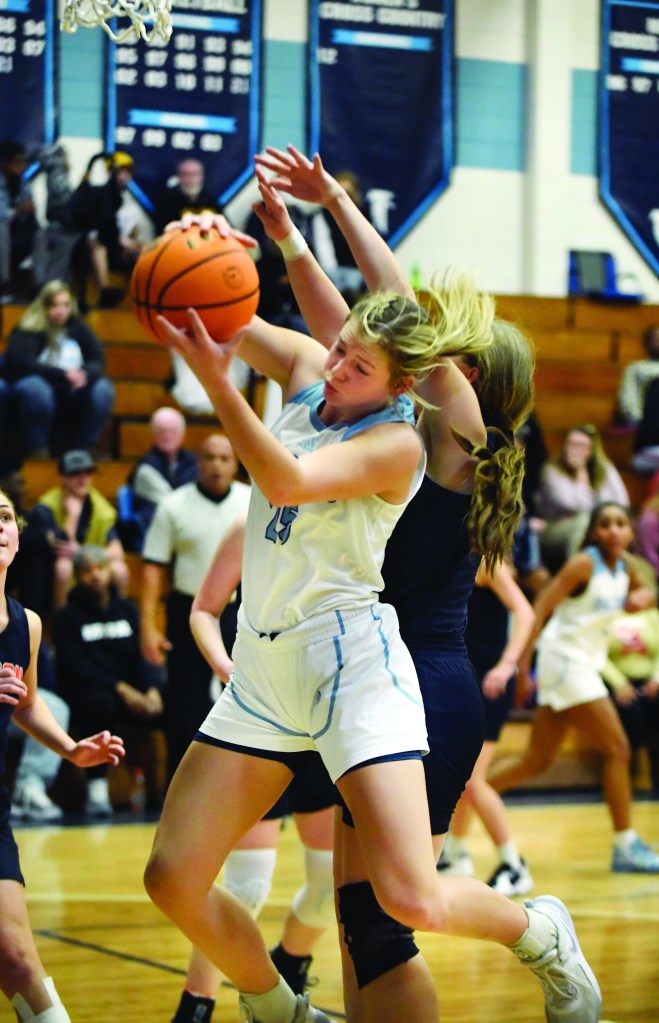 The last time the Falcons had their full squad was Feb. 4 — that was the night of the rhubarb with Central Cabarrus —  but except for a blowout loss to South Piedmont Conference champ Carson they’ve kept right on winning.

West put together a huge second quarter and handled East Rowan 57-40 on Friday to close the regular season.

“It’s been a storm, and I was proud of the way we weathered it,” West coach Ashley Poole said. “Boy, am I glad that’s over with.”

West (16-5, 11-3) still finished second in the SPC. The nights of the depleted roster are almost over.

De’Mya Phifer, a blur of a sophomore point guard who averages 17 points, sat out her fourth game on Friday. Poole expects to have her back in the lineup Wednesday when West plays in the SPC tourney semifinals against a TBD opponent. It will be either third-seeded Northwest Cabarrus or sixth-seeded Central Cabarrus.

Makaylah Tenor, a sophomore who is a hard-nosed defender and streaky shooter, sat out her third game on Friday. Poole expects to have her back if West makes it to the SPC tournament title game. If West doesn’t reach the finals, Tenor would be good to go for the first round of the state playoffs.

West has also played during this stretch without Dede Cuthbertson (one game) and Mya Edwards (two games).

West got 40 points on Friday from sophomores Lauren Arnold and Emma Clarke, the girls who have shouldered most of the offensive load in the absence of Phifer and Tenor.

Arnold is rarely stopped and tossed in another 22. Clarke got 18.

Not having Phifer and Tenor forced Clarke to be more of a scorer, and she’s responded. She averaged almost 15 points in West’s last five games, including the Central game that was completed with four Falcons on the floor for the last hectic minutes — Clarke and three reserves.

Dede Cuthbertson, Sarah Durham and Edwards combined for 16 for West. Senior Melani McDonald helped out with a free throw.

East (6-15, 3-11) completed its season. The SPC opted for a six-team tournament, and the Mustangs finished seventh.

East started off well and led the Falcons in the early going, but West’s dominant second quarter — 24 to 4 — ended East’s hopes for another upset. The Mustangs had surprised South Rowan on Tuesday to break a 10-game skid and had made it two wins in a row by pounding last-place Concord.