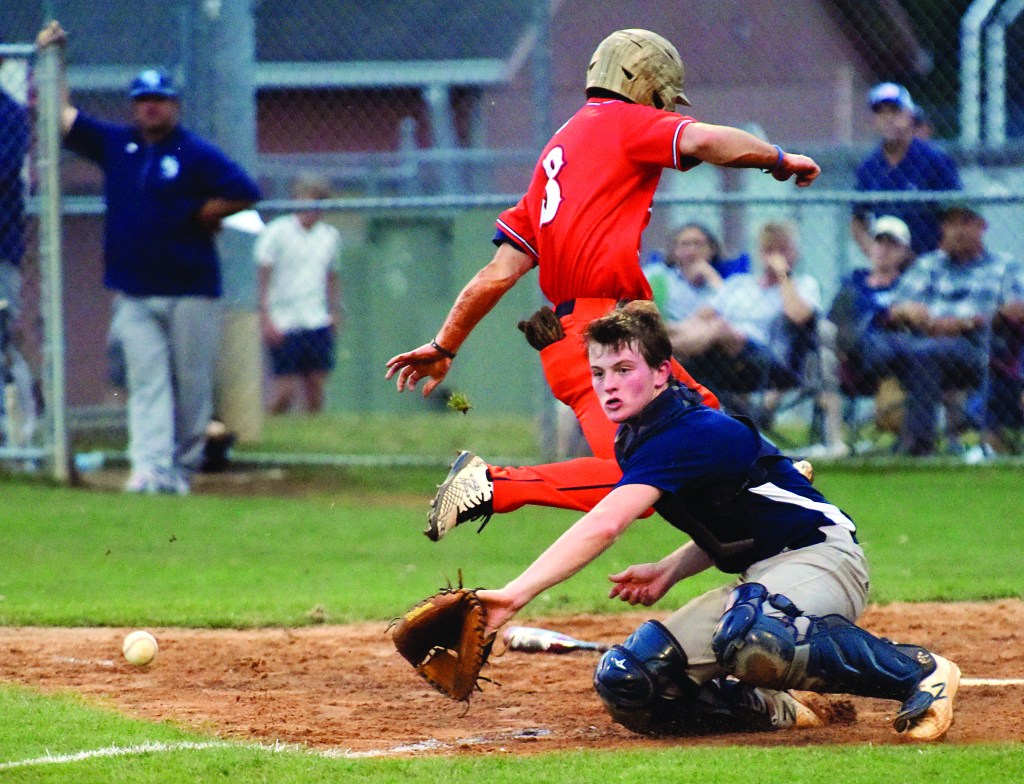 Baseball season will be coming for Noah Loeblein, but he helped the Falcons win in basketball on Friday. Photo by Wayne Hinshaw, for the Salisbury Post. 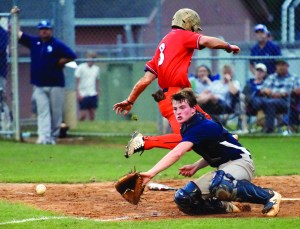 Baseball season will be coming for Noah Loeblein, but he helped the Falcons win in basketball on Friday. Photo by Wayne Hinshaw, for the Salisbury Post.

MOUNT ULLA — Noah Loeblein hadn’t been heard from since his fabulous football season as West Rowan’s quarterback, but he’s still in uniform.

Loeblein got the call from West head basketball coach Mike Gurley on Senior Night and made five 3-pointers and scored 20 points to lead a 72-63 South Piedmont Conference win against East Rowan.

For Loeblein that outburst on the hardwood was roughly the equivalent of him throwing eight touchdown passes in a half of football.

Prior to Friday, he’d scored 51 points in his varsity hoops career, including 28 this season. His season high was seven — against East in the Christmas tournament.

Loeblein is a terrific leader. His coaches in football, basketball and baseball all agree on that.

But West is tall and young and building toward future championships, so Loeblein had been asked to lead mostly from the bench and in the locker room and in practice.

Friday was the senior’s time to get it done on the court with fans in the stands — and he made the most of it. He made memories for a lifetime.

Spencer Harrison, another senior who hasn’t played a lot, made the last one. He’ll remember it.

East (7-14, 4-10) is always dangerous as Tee Harris and Dylan Valley are among the county’s scoring leaders.

Harris scored 20, but the Falcons were able to limit him to one point in the final quarter.  Valley made four 3-pointers and scored 19.

East got eight each from Kee Ellis and Daniel Overcash.

“We played really well, we had great effort and executed our gameplan,” always optimistic East coach Andrew Porter said. “We had our chances to win, but we came up a little short. The ball didn’t bounce our way.”

East hung in the game despite a torrid start by Loeblein, who scored 12 in the first quarter.

The Mustangs stayed within striking distance, but Athan Gill scored 13 and Will Givens Jr. got 12 to push West to the finish line.

Gill got seven big ones in the fourth quarter, but  the difference-maker was Loeblein, a a guy who would not have been on East’s scouting report.

West finished in a tie for third with Northwest Cabarrus. Based on the standard operating procedure for seeding conference tournaments, West would be the No. 4 seed. The Falcons split with the Trojans, but Northwest had a win against the SPC’s No. 2 finisher Concord, while West did not. No one came close to beating SPC champ Central Cabarrus.

Since the eight-team SPC opted for a six-team tournament, the season will end today for either East or Carson, but they are going to play a game to decide sixth place.

They’ll tip off at 1:30 p.m. this afternoon at neutral Salisbury High.