High school basketball: Carson girls back on top in 3A West RPI 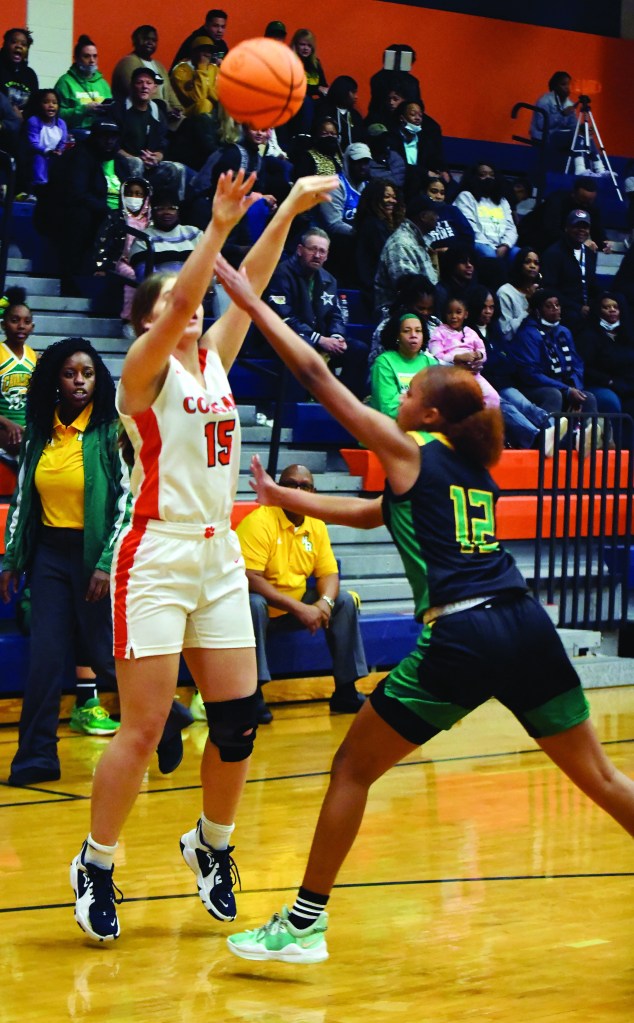 On Senior Night, the senior-heavy Cougars (20-3, 13-1) reached the 20-victory plateau with a 56-37 win against South Piedmont Conference neighbor South Rowan.

There were a lot of missed shots and a lot of rebounds on Friday. Mackenzie Chabala and Kynlee Dextraze had 10 rebounds apiece for the Raiders (10-12, 6-8).

Carson had 20 offensive rebounds, a staggering total for a team that isn’t big, except for Spry.

“We missed a ton of shots around the rim, a lot of layups,” Carson head coach Brooke Stouder said. “Our start was not good at all.”

South averages 50 points per game, but Carson often plays defense better than it does offense.  That was the case again.

Carson held Bethany Rymer, who came in as the county’s scoring leader, to 11 points. Rymer, who had eight rebounds, scored 26 on her home court against Carson.

Isley scored 17 to pace Carson’s offense. Spry scored 14. Aliayah White got seven of her nine in the fourth quarter.

But Carson, back at No. 1 in the 3A West RPI rankings, started to make more shots in the second half, continued to get stops and pulled away.

The dynasty constructed by head coach Brooke Stouder peaked with a 19-0 record and the 3A state title last season.

Carson was expected to drop off quite a bit this winter, but the Cougars have squeezed one last great season out of an eight-person roster consisting of seven seniors and a freshman.

Hard times may be coming, but Carson’s seniors don’t have to worry about all that. They’re ready for the postseason.

Carson will play in a Tuesday tournment semifinal at Concord against fifth-seeded South or fourth-seeded Lake Norman Charter.

South, 31st in the 3A West RPI rankings, will play Lake Norman Charter on Monday.  South has struggled against Lake Norman Charter and has lost to the Knights 77-41 and 62-34. The probable venue for that game is Northwest Cabarrus. No. 3 seeds were scheduled to host Monday’s first-round games.