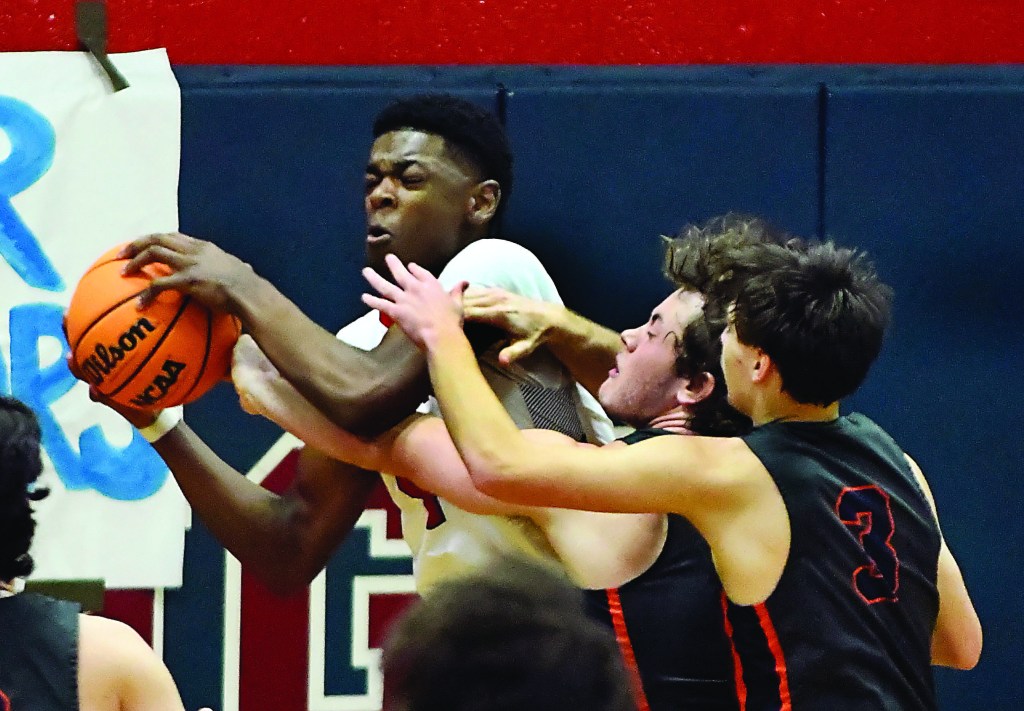 A rough season for Carson’s boys basketball team that began with nine straight losses has been salvaged somewhat this week by an improbable road upset at West Rowan on Wednesday and Friday’s 69-36 feel-good blowout of South Rowan.

Carson (5-18, 4-10) has gotten all of its wins against fellow Rowan schools, and those always are the most fun. The Cougars have beaten South three times (one meeting was in the Christmas tournament) and West and East Rowan once.

Carson and East (7-14, 1-10) split their meetings and tied for sixth place. Since the South Piedmont Conference Tournament will be limited to a six-team affair, Carson and East will determine who gets to keep playing next Monday with a game this afternoon at 1:30 p.m. in Salisbury High’s gym.

East is 39th and Carson is 41st (0ut of 55) in the 3A West rankings, so the season appears to be over for the team that loses today.

Carson had ideal balance in Friday’s win, with six players scoring between nine and 13 points. That’s sort of the formula they’ve been looking for all season, but rarely have found. Carson doesn’t have a potent scorer like East’s Tee Harris and Dylan Valley, so the Cougars have to do it collectively.

Freshman Colin Ball led Carson with 13. Cameron Burleyson had 12. Hunter Burris had a career-high 10, and Emory Taylor had 10. Jay Howard and Mikey Beasley scored nine each.

Carson settled it by blasting the Raiders 29-8 in the second quarter.

They were overmatched, but for the eight guys who were still there at the end, they accomplished quite a bit.

They finished the season, playing hard right down to the final curtain. They outscored Carson in the fourth quarter, and they have to look for the small wins right now.

Jacob Ritchie scored 11 to lead the scoring for South again. He was pretty stellar in January and February, including a 25-point night against East.