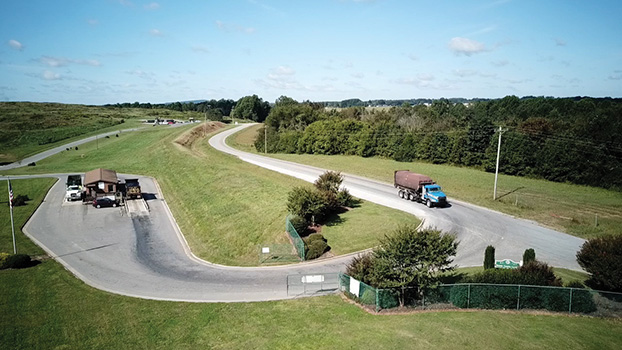 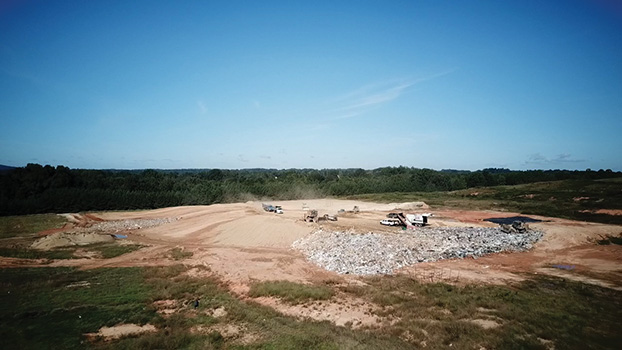 The Rowan County landfill as seen from above. Photo submitted.

SALISBURY — The planned expansion of the Rowan County Landfill is coming at the right time.

Since the start of the pandemic, municipal solid waste at the 789 Campbell Road facility in Woodleaf has been piling up at record rates.

“The theory really is that it’s one of the COVID effects,” Sinclair said. “Lots of folks stayed home over the last two years and they learned to buy stuff online. We saw, last year, an uptick in residential waste, so mom-and-pop waste like mattresses, furniture.”

The landfill saw more household garbage being brought by private citizens, many of whom were completing “garage clean outs” during quarantine.

“There was a short time there where Iredell County, Cabarrus County and us were experiencing longer lines at our scale house just doing a tremendous uptick in private passenger vehicle traffic,” Sinclair said.

The influx of residential waste more than made up for the decrease in commercial garbage, as businesses like restaurants shut down temporarily or closed altogether during the pandemic. Sinclair said commercial waste has returned to pre-pandemic levels, likely fueled by residential and commercial development in Rowan County.

“I’m sure that part of that is due to population growth and lots of construction going on in the area,” Sinclair said. “When you see booms in construction, we see more waste.”

The inundation of garbage was not unique to Rowan County. Many landfills across the state experienced an influx as well, Sinclair said. The problem also seems to have stretched across the pond.

“I was on a conference call with folks in the solid waste industry from England, from overseas, a year ago and the same conversation was being held across the ocean — mom-and-pop garbage is completely off the charts because folks are staying home and they’re not just staying home, they’re buying stuff and cleaning out their garages,” Sinclair said.

With more solid waste entering the county’s landfill than ever before, Sinclair said the upcoming expansion project is coming at the right time.

Like most dumping facilities, the Rowan County Landfill was not built to full capacity when it was constructed in the late 1980s. The landfill was intended to have nine phases, or cells. Cells are singular, waste-containing units within the larger landfill property. The landfill’s first phase, which was completed when it opened in 1989, was about 22 acres.

The landfill’s subsequent cell expansions have been between 20 and 40 acres, depending on topographical features, buffer considerations, existing site structures and other factors. Phase four of the landfill, approximately 20 acres, was completed a little over a half -decade ago.

The Rowan County Board of Commissioners earlier this month approved a task order for an engineering firm to complete design work, construction drawings, a construction application, associated management plans and a hydrogeological study for phase five.

The acreage for phase five will be determined by the final design plan for this project. If all goes according to plan, Sinclair said the fifth cell should be completed within the next two years. Like previous expansions, the fifth phase will be funded with revenue generated by the landfill’s tipping fee, meaning no taxpayer money is used, Sinclair said.

The fifth cell will likely have a life expectancy of about 10 years. With the capacity for four more phases after phase five, Sinclair said the facility’s current life expectancy is 65 years or more. However, Sinclair and his team at Environmental Management are currently working on plans to double the landfill’s capacity inside its current physical footprint by storing solid waste vertically.

The goal, Sinclair said, is to avoid having to construct another landfill elsewhere in the county. That could prove more challenging as more development comes to Rowan County and as the county’s population grows. Data from the 2020 Census showed that Rowan County grew by 6% in the previous decade and now has a population of almost 147,000 residents.

One way Rowan Countians can help increase the lifespan of the landfill is by participating in recycling programs and being conscious of the waste they produce, Sinclair said.