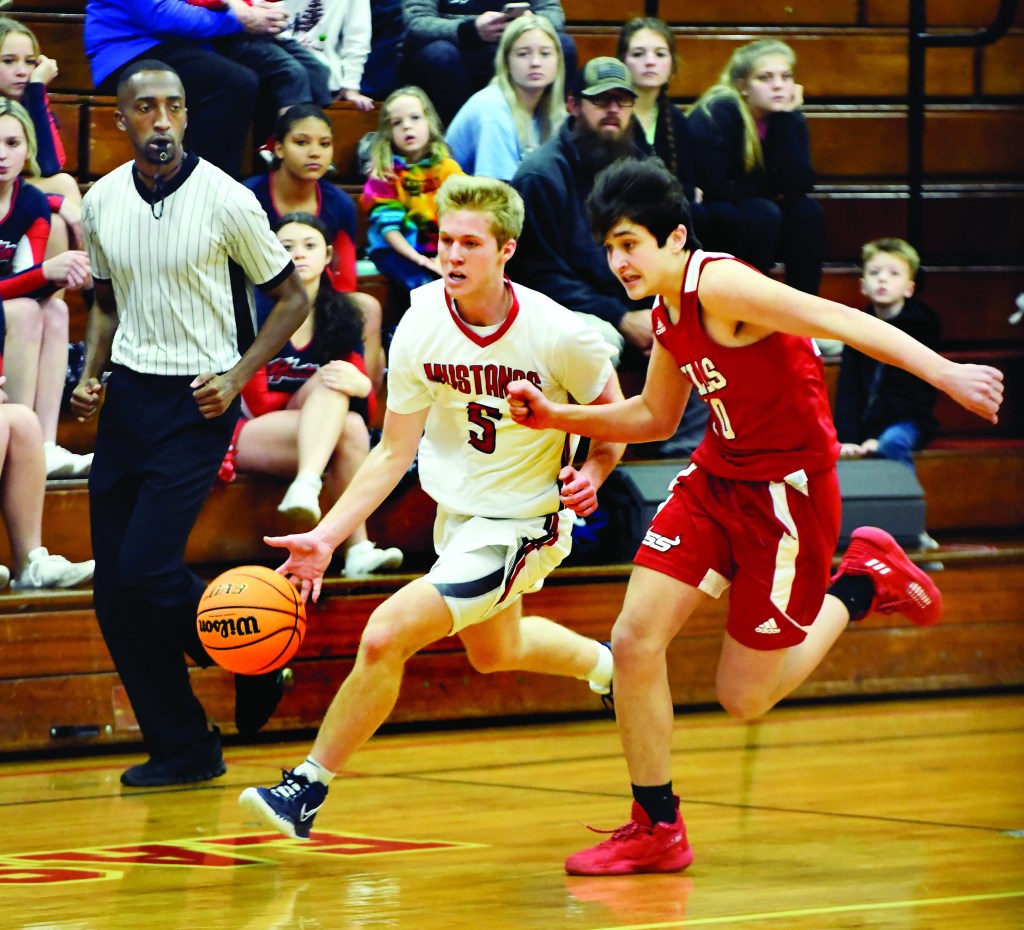 LANDIS — For South Rowan’s boys basketball team, it was an encouraging loss.

For East Rowan, it was a good win because there’s no such thing as a bad road win.

But East will take it. Wins are wins, They all count the same in standings, whether by one or by 40.

“Not our best game, but we overcame adversity and we played as a team,” East coach Andrew Porter said. “We stepped up our defense in the second half. We kept fighting and grinding and we got the win.”

South got 16 points from Jacob Ritchie and 15 from Gabe Pozyck, one of his best games of the season, and stayed in this South Piedmont Conference game a long time. The Raiders trailed 40-36 at halftime after putting up 25 points in the second quarter. There have been full games this season when they didn’t score 25.

“In the first half, we had a lot of success getting out in transition and we took care of the basketball,” South head coach Daniel Blevins said. “I was super-proud of the effort. We brought a lot of intensity, especially on the defensive end.”

East (7-12, 4-8) shut down the Raiders in the third quarter to push ahead by double digits and make certain that an unlikely upset didn’t occur.

“We struggled against their zone, just couldn’t get to the basket in the the third quarter,” Blevins said. “That quarter killed us.”

East guard Dylan Valley, one of the county’s better shooters, also helped kill the Raiders. He scored a career-best 27 points.

“No. 5 (Valley) was really hot in the first half,” Blevins said. “But I thought we competed well against their size. We got our share of rebounds and stops.”

Tee Harris added 11 points for East. The Mustangs are a respectable 4-5 since the Christmas break.

Tuesday’s victory wrapped up sixth place in the SPC for the Mustangs. Sixth matters with the SPC holding a six-team tournament.

East will be on the road for a first-round tournament game next week at the No. 3 seed. The most likely No. 3 seed is West Rowan, so the Mustangs and Falcons might play two in a row against each other.

For South (0-21, 0-13), the season concludes Friday when the Raiders make the short trip to seventh-place Carson. They’ll give it all they have one more time.