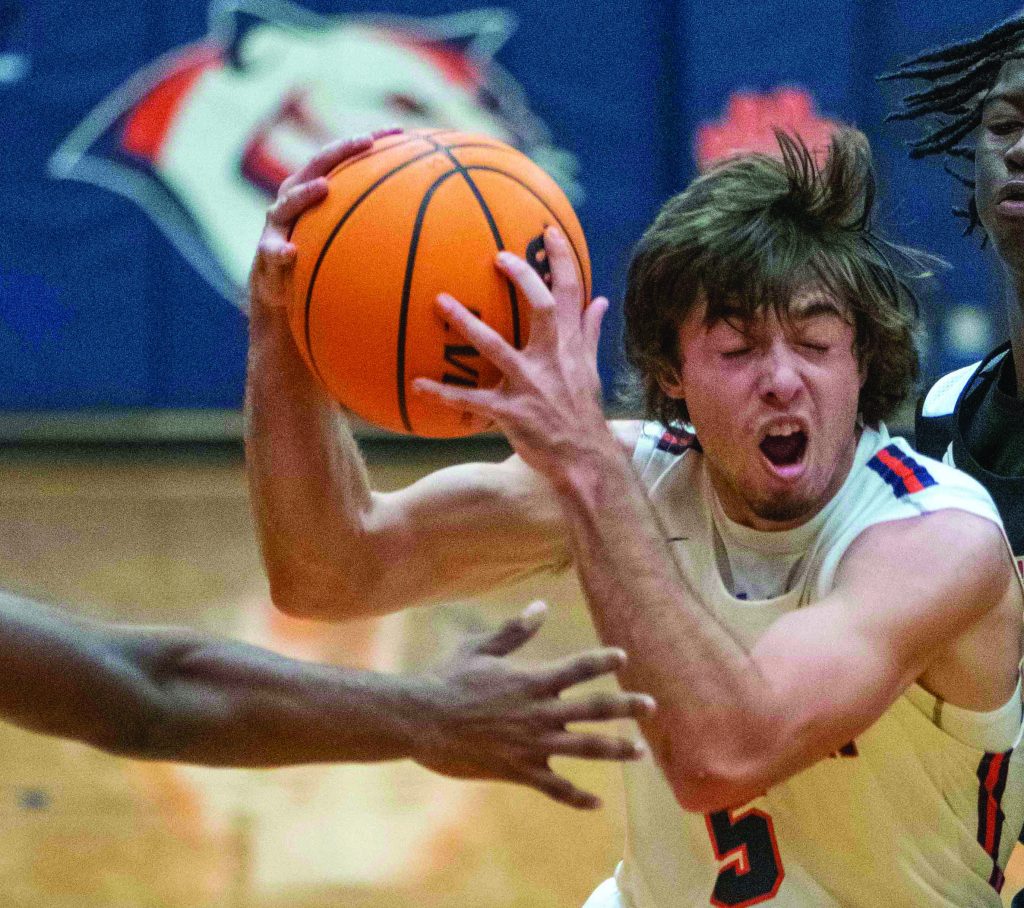 Carson’s Emory Taylor got things started for the Cougars on Saturday as they advanced to the SPC playoffs. File photo by JON C LAKEY / FOR THE SALISBURY POST. 11/30/21, China Grove,NC.

CHINA GROVE —  Carson’s boys basketball team was on the railroad tracks on Tuesday, and a freight train was coming through.

The Cougars were overwhelmed by regular-season champ Central Cabarrus 89-36 in a South Piedmont Conference game.

Central (22-0, 11-0) is ranked No. 1 some statewide 3A polls, with good reason, but is only third in the 3A West RPI rankings, mostly because its opponents have an average winning percentage well below .500.

Central got big games from the dynamic Daniel brothers. Chase Daniel — he’s the scorer of the two — had 21 points and five steals. Carson Daniel — he’s the playmaker — had 12 points, 11 assists and seven steals.

Jaiden Thompson scored 18 and Gavin Bullock had 17. They provide that sort of production on a regular basis.

Central led 32-11 after the first quarter.

Cameron Burleyson was the only Cougar in double figures with 11 points.  He’s had a steady comeback season and averages 10.0 points per game.

Carson plays at West Rowan tonight and will be at home against South Rowan on Friday.