Brown runs for sheriff with focus on relationships 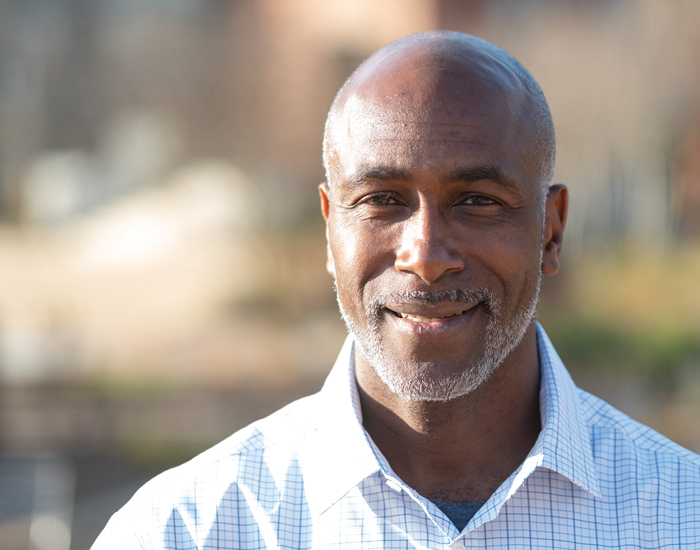 SALISBURY — In his bid for sheriff, Simon Brown hopes to give back to the community, build a good relationship with deputies and strengthen the Rowan County Sheriff’s Office’s embrace of community policing.

Brown, 49, is a military veteran with a career in law enforcement who’s running in the Democratic primary. Carlton Killian is the other Democrat who has declared a run for sheriff. Filing stopped in December because of challenges to the state’s congressional and legislative maps.

Brown is originally from Hemingway, South Carolina. He joined the Marines after high school and served for four and a half years. He also served in the Air National Guard for six years. His law enforcement experience includes achieving the rank of lieutenant for the Department of Veterans Affairs Police and working in corrections. He’s also worked in private security.

“With all my years and experience, I wanted to run for sheriff because I can give a lot to the community,” Brown said. “I’ve been here since 2016, and I’ve realized that there is gap between law enforcement and the community, and I think I’m the person that can actually bridge that gap.”

Brown says his first order of business if elected would be to build a relationship with deputies and establish an open-door policy. He describes himself as a “people person” who’s approachable.

“I’m not going to be able to do what I want to do if I don’t have a good relationship,” he said.

Brown said turnover is an issue within the Rowan County Sheriff’s Office and that he wants officers to trust him and for new officers to feel comfortable talking to him about sensitive subjects.

“A thing that I want to do is give everybody an equal opportunity to become a deputy,” he said.

Another priority: he wants to place a greater emphasis on community policing and get deputies more involved in community activities.

“When people see a uniform, they automatically think something is going wrong, that someone is being arrested. I want someone to have a sense of trust,” he said.

It’s particularly important for deputies to give back through involvement in community activities and schools because people pay taxes that fund the Rowan County Sheriff’s Office, Brown said.

“I want to start getting it to the point where the deputies get out more, introduce themselves and be around in the community, basically being present when nothing is happening,” he said.

Brown plans to be in the field with officers, saying people “will see me out there along with the guys” and that he won’t delegate his authority to others.

Brown says he’s also proud to be president of the Knights Order Law Enforcement Motorcycle Club because of its fundraising work and donations for a kids summer camp and to help the homeless.

At the moment, North Carolina’s 2022 primaries are scheduled for May 17. The GOP-controlled legislature must redraw congressional and General Assembly maps by Feb. 18.