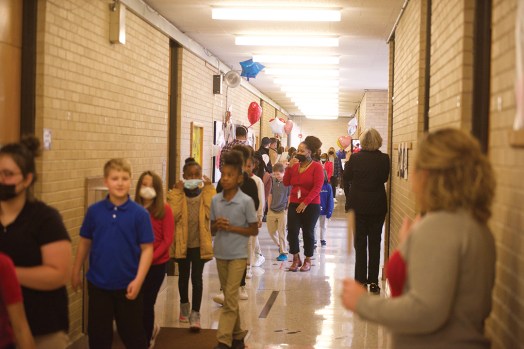 Carl Blaneknship/Salisbury Post - This is the fifth year the school has held a kindness weak. 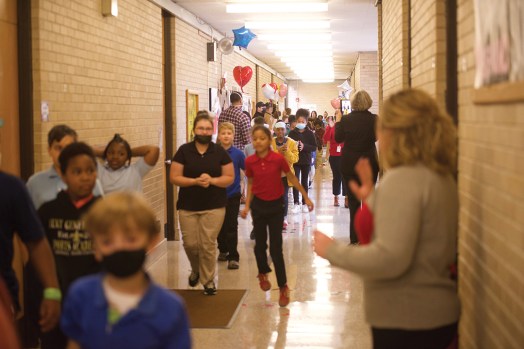 Carl Blankenship/Salisbury Post - The parade would normally happen outside, with cars driving past as students wave from the sidewalk, but the rain pushed the festivities inside and the students paraded past the guests instead. 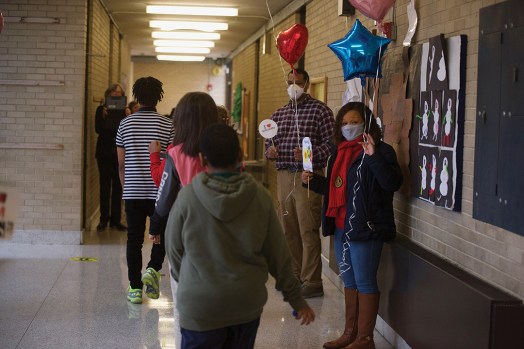 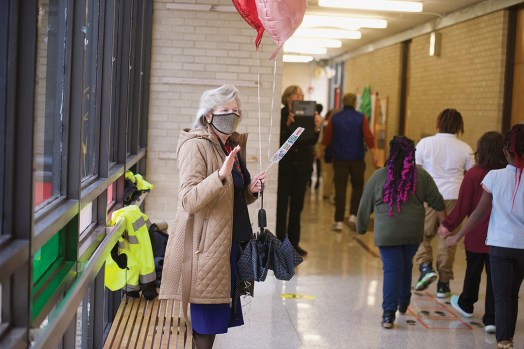 SALISBURY — Overton Elementary on Monday kicked off a week of kindness with a parade of community leaders.

Elected officials and first responders were among the people that lined the halls as students took a lap around the school in the morning to greet them. The parade would have been more traditional, with vehicles parading in front of the school, but the rain forced the festivities inside.

Overton school counselor Rosemary Wood said this is the fifth year the school has participated in The Great Kindness Challenge, and the parade starts a week of bullying prevention by teaching kids about kindness.