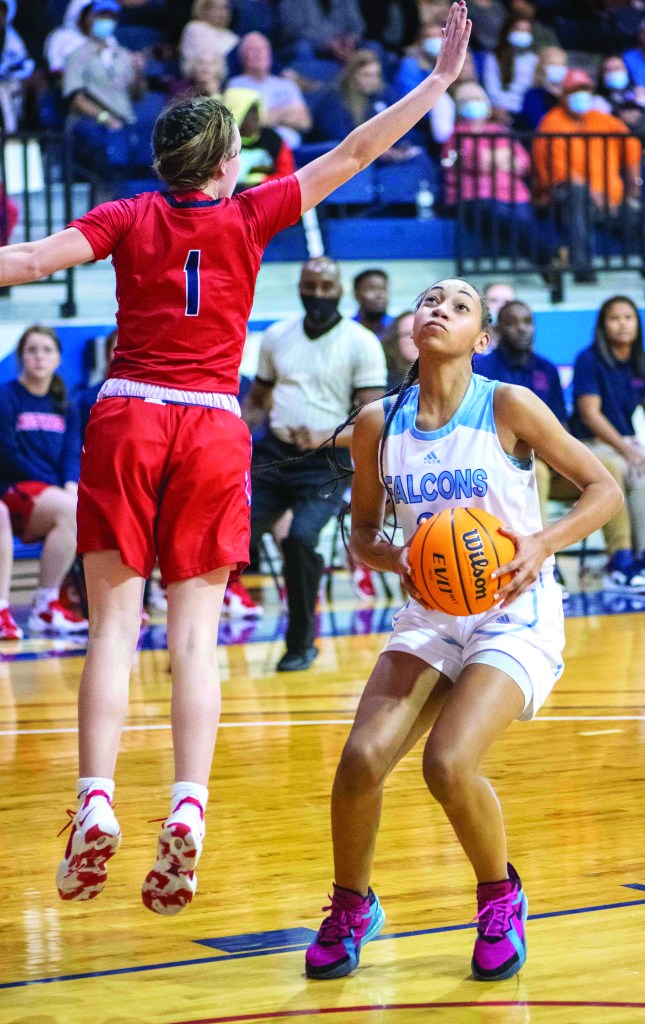 KANNAPOLIS — West Rowan’s girls basketball team played without three of its top six players after Friday’s altercation with Central Cabarrus, but still routed Northwest Cabarrus 73-33 on the road on Saturday.

Missing from the South Piedmont Conference game for the Falcons (14-4, 9-2) were De’Mya Phifer, Mya Edwards and Dede Cuthbertson.

Lauren Arnold scored a career-best 29 points for the Falcons, who have won their last eight. The sophomore has scored 20-plus four times since Christmas.

Makaylah Tenor, who was averaging 7.3 points per game and had a previous career high of  12, turned in a monumental game with 25 points.

Emma Clarke continued her strong play during the last few weeks and scored 11.

West led 25-8 after the first quarter and didn’t leave much doubt about where this one was headed.

Tenor scored 12 in the first quarter, including two 3-pointers, while Arnold had nine.

The Falcons have climbed to No. 3 in the 3A West RPI rankings, right behind No. 2 Carson. Northwest has dropped to 11th.

West is scheduled for three home games this week — Concord on Tuesday, Carson on Wednesday and East Rowan on Friday.

Poole expected to find out at some point today if there are any further repercussions from Friday’s fracas.