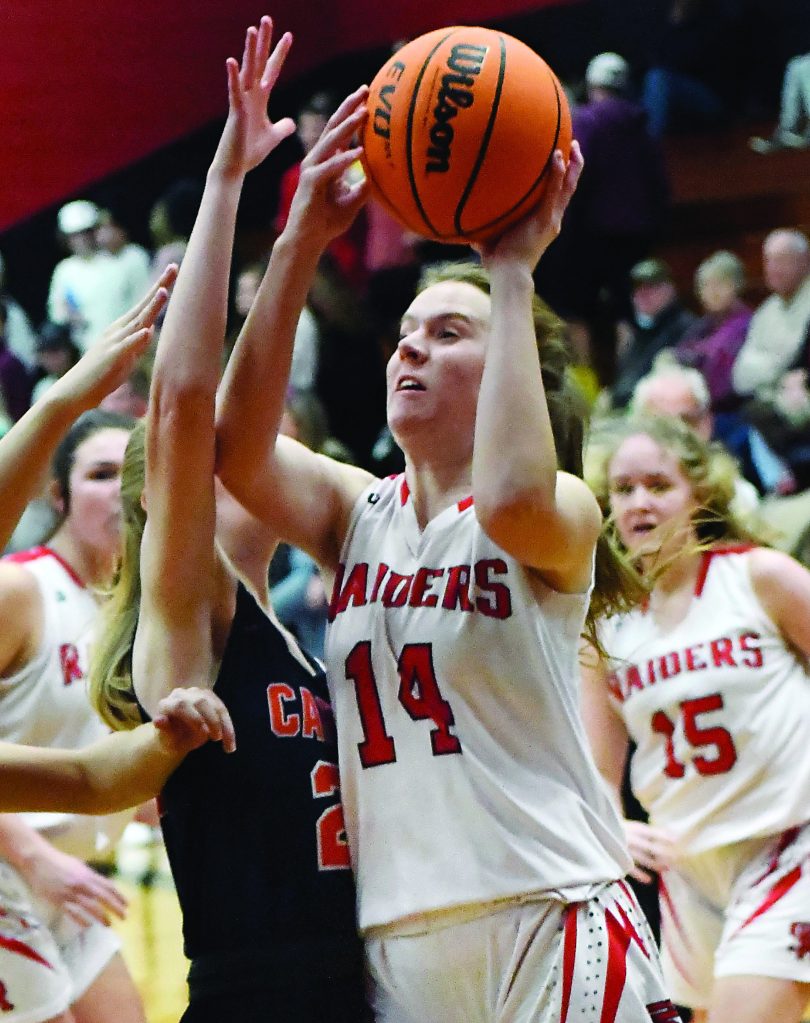 South took its second pummeling of the season from Lake Norman Charter on Friday, but bounced back with an exciting 54-52 overtime win at Central on Saturday to sweep that season series.

“We missed so many easy shots and failed to box quite a few times, but we still found a way,” South head coach Alex Allen said. “The girls went hard and never gave up.”

South won 58-56 against Central in December.

Fifth in the eight-team SPC, South is 29th in the 3A West RPI rankings, while sixth-place Central is 33rd. It will be a 32-team playoff bracket.

Senior Bethany Rymer had another huge game for the Raiders, scoring a career-high 32 points, including 13 in the fourth quarter to lead a South comeback. She had a critical 3-pointer in the overtime period.

Rymer has scored 407 points this season, is averaging 20.4 per game and has 995 in her three varsity seasons.

Madilyn Cherry scored 10, Mackenzie Chabala had eight, and Kynlee Dextraze got the other four for the Raiders.

Central led 27-18 at halftime, but South started coming back in the third quarter and held the Vikings to seven points in that period.

It was 48-all at the end of regulation.

Kyra Lewis had 23 points on 11-for-14 shooting and 10 rebounds to lead Central, while Amari Haley had 16 points and 14 rebounds.

Central shot 51 percent from the floor, but didn’t make any 3-pointers and got only four points on free throws.  South got 14 points from the foul line.

Rymer plans to sign with Columbia International for cross country and track and field on Thursday.

South hosts East Rowan on Senior Night on Tuesday and plays at Carson on Friday to finish the regular season.

Central plays at Carson on Tuesday, hosts Lake Norman Charter on Wednesday, and finishes the regular season at Northwest Cabarrus on Friday.