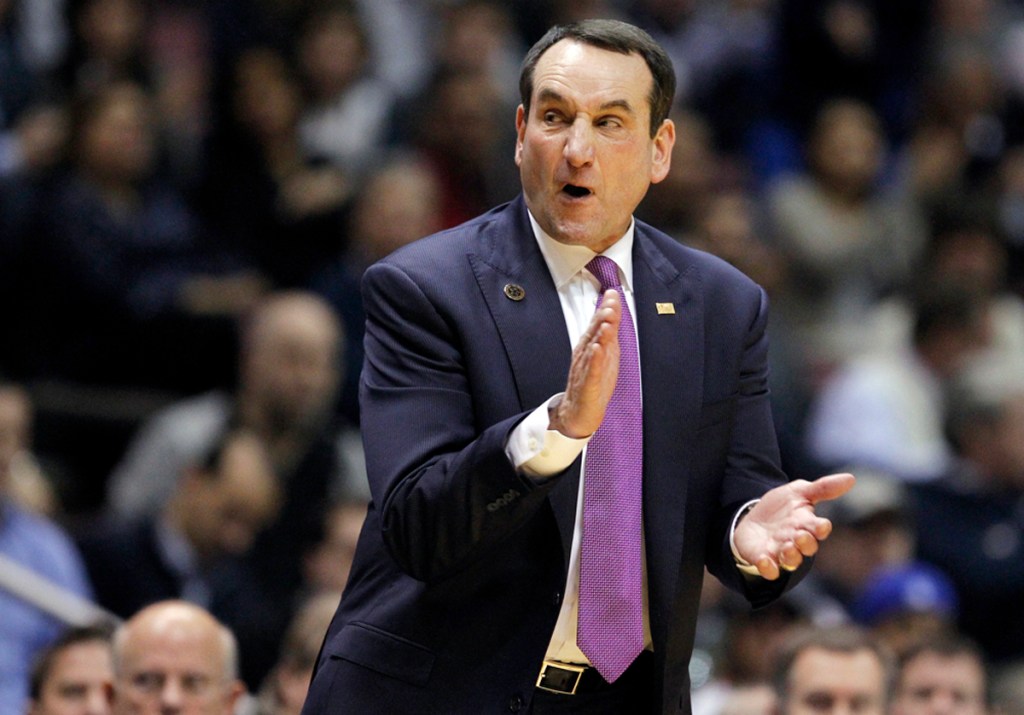 The famed rivalry between No. 9 Duke and North Carolina is changing.

Davis’ debut and Krzyzewski’s latest stop on his farewell tour add another dynamic as the rivals jostle for position atop the Atlantic Coast Conference.

But the focus will be on the sidelines.

In 42 seasons at Duke, Krzyzewski battled against late Hall of Famer Dean Smith, and he’s been a constant while UNC moved from Smith to Bill Guthridge to Matt Doherty and 18 seasons under Williams. He coached Duke in the first game ever at the Smith Center in January 1986.

Krzyzewski has also coached against Tar Heels greats like Michael Jordan, James Worthy, Antawn Jamison, Vince Carter and Tyler Hansbrough. That list includes Davis, who played for Smith from 1988-92 and went 6-5 against Duke as a player before a 12-year NBA career.

“Either here or there, at the jump ball, and you look at the guys on the court, you say, ‘Whoa, there’s a lot of good players on the court,’ ” Krzyzewski said. “I’ve seen so many great players play against us in Carolina uniforms, thank goodness we’ve been able to have a few of our own, too, which has made it unbelievable.

“That’s what I’ll remember most, the level of talent from both teams on the court. We’ve had so many amazing games, some that we’ve won and some that we’ve lost. But they’ve been really high-level games.”

Krzyzewski, who turns 75 this month, is 49-46 against UNC, including road wins on walk-off baskets by Austin Rivers in 2012 and current Blue Devil Wendell Moore Jr. in 2020. Former Duke player and current associate head coach Jon Scheyer, 34, will take over for Krzyzewski this spring.

“I’m only thinking about what we’ve got going on,” he said.

Davis, 51, has a similar sentiment about his head-coaching debut in the rivalry.

“I know it’s a special moment, but my focus is on doing my job,” Davis said. “And my job is to prepare and to coach this team, and to prepare this team to play the best they can on Saturday.”

The most notable change for the Tar Heels has been a more perimeter-oriented approach with an emphasis on floor spacing. That included adding big players who can open up the floor with their shot-making ability, including Oklahoma transfer Brady Manek and Marquette transfer Dawson Garcia.

But the Tar Heels will have to get it done without Garcia, who will miss his fifth straight game due to a family illness.

Beyond that, the teams figure this one feels like the rest of battles between programs with a combined 11 NCAA titles.

“Coach Roy Williams and what he’s meant to the rivalry obviously will be missed,” Duke senior Joey Baker said. “And after his season when Coach is gone, he’ll be missed. At the end of the day, it’s still Duke and UNC. I think that rivalry is going to last forever.”