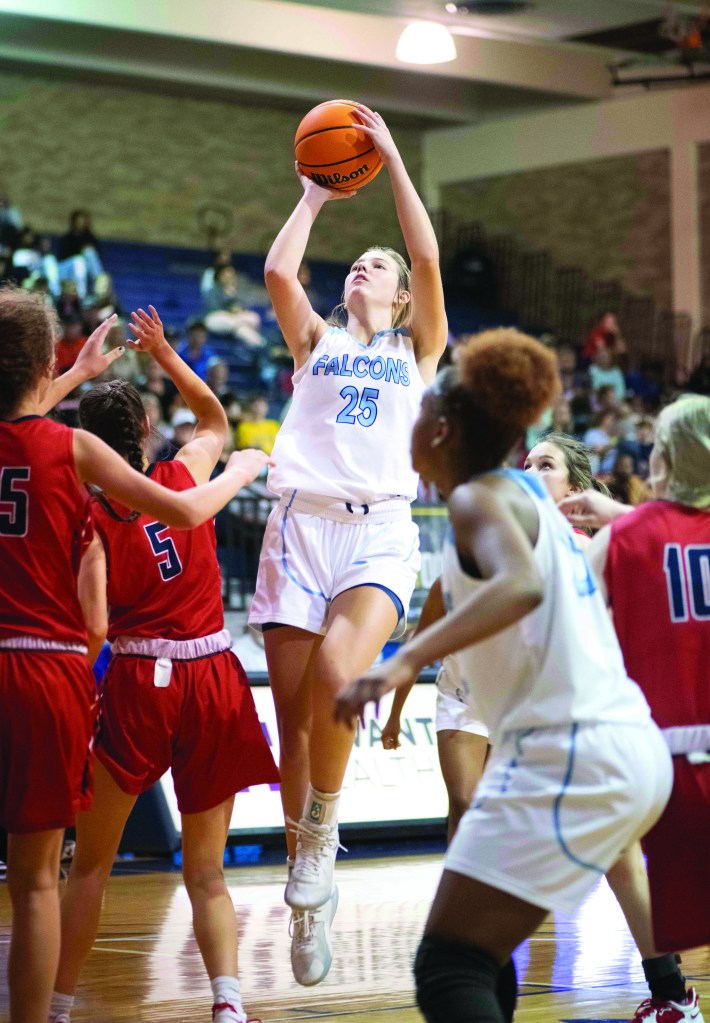 MOUNT ULLA — Things got heated enough in the Central Cabarrus at West Rowan girls game on Friday that punches were thrown.

The disorder that followed, a serious melee that delayed the game for a long period, led to five ejections/disqualifications — three Falcons and two Vikings.

Besides losing players relating to the scuffle, West suffered additional personnel losses due to personal fouls.
The Falcons finished the game with starter Emma Clarke and reserves Mia Arntsen, Melani McDonald and Sarah Durham, all of whom contributed points, on the court.

The Falcons had a strong second quarter to take a 27-17 halftime lead.

Clarke had a career game with 22 points to get the Falcons to the finish line, while Lauren Arnold scored 16 before fouling out in the fourth quarter.

Normally, an ejection write-up by an official means sitting out the next two games, while a DQ means being tossed from that game but eligible to return for the next one.

West played without De’Mya Phifer, Mya Edwards and Dede Cuthbertson on Saturday. Central played with seven and lost in overtime to South Rowan.