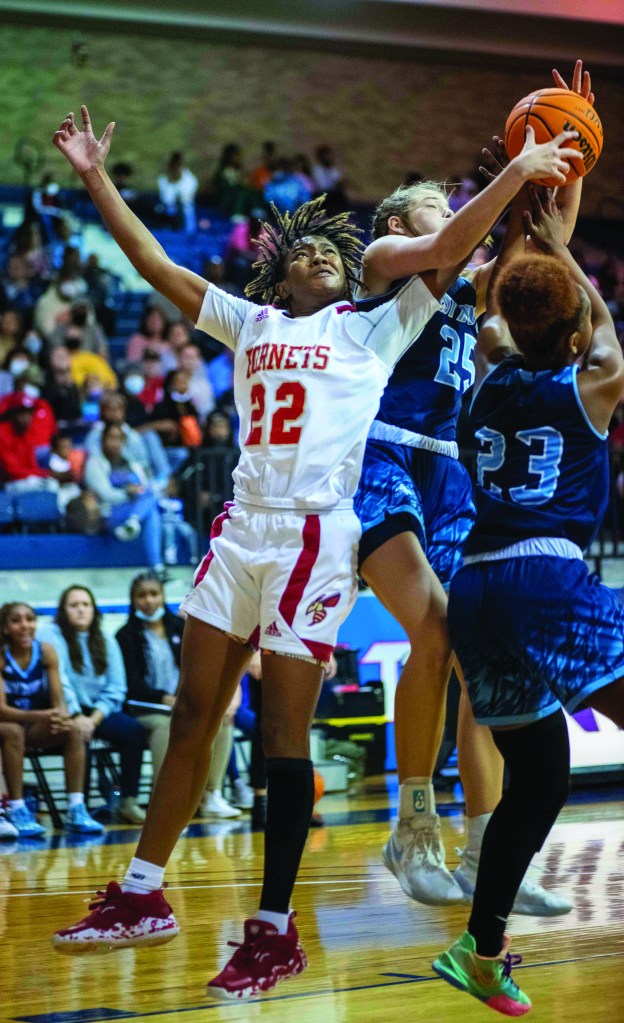 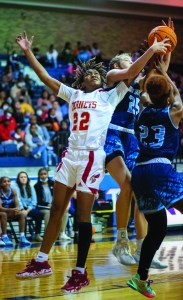 That’s how good Salisbury’s girls are.

Ranked second in 2A West, the Hornets pulled away in the second quarter from the aggressive visitors on Friday and blew them out in the third for a running-clock 72-34 win.

Senior Night honorees Rachel McCullough (15 points), Kiki Walker (eight) and Jaleah Gibson (five) all had their moments and helped head coach Lakai Brice, a former Catawba star who is in her ninth season at the helm, collect career win No. 150.

McCullough and Gibson, who have been on the varsity for four seasons, have gotten used to winning and are 84-10. This is the first SHS season for Walker, a transfer from Pennyslvania. She hasn’t scored big, but her length, quick hands and wheels have proven helpful, especially on the defensive end.

McCullough got the fun started with a nine-point first quarter, as the Hornets took a 19-8 lead.

Lexington, coached by former West Rowan and Salisbury assistant Robert Hairston, limited McCullough’s open shots after that, but the defense had to stretch to cover her. Kyla Bryant (19 points) and Icesis Nwafor (10 points) had monster second quarters as the Hornets forged ahead 40-19 at halftime. Nwafor had a 3-point play and a 3-pointer in that quarter.

The Hornets produced flurries of steals and layups — Jamecia Huntley made sweet passes and Bryant had tough finishes — in the third quarter to stretch their lead. They went up by 42 at 69-27 with 6:20 left to trigger a running clock.

McCullough closed the scoring with a technical free throw. Lexington (11-7, 6-3) did some barking after making a late 3-pointer, and technicals for the taunting/unsportsmanlike sort of stuff have been a point of emphasis for officials all season.

In theory, there’s not an awful lot you can say when you’re down 37, but Lexington had come for a physical struggle, and the Yellow Jackets were feisty right down to the last whistle.

Salisbury missed too many layups to count, but most of those attempts came with contact.

Salisbury was shorthanded, with Mary Morgan and MaKayla Noble out. Eight dressed.

That’s concerning because the Hornets’ biggest edge over opponents all season has been depth. Morgan is an unselfish rebounder/defender, while Noble is a tall sophomore who brings a wide variety of skills.

Salisbury (16-1, 8-0) moves on after its 15th straight victory and plays again today at South Davidson.

The lone loss was to Apex Friendship, the No. 1 team in the 4A East RPI rankings.