High school basketball: Hornet boys make it 11 in a row 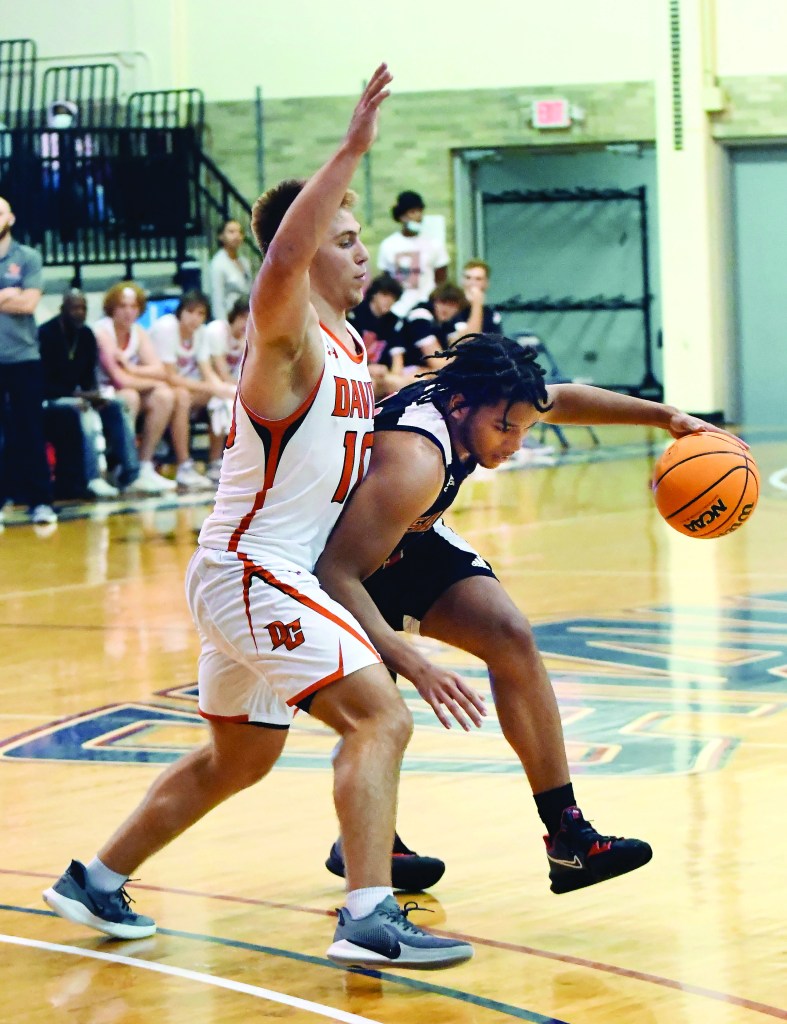 That was a good idea. It got intense in the historic Salisbury gym.

Basketball turned into indoor football, at times, but the Hornets handled the physical challenge and beat Lexington 71-56 for another Central Carolina Conference victory.

The Hornets (13-3, 8-0) are on top of a 1A/2A Conference that includes four exceptionally athletic teams — Salisbury, North Rowan, Thomasville and Lexington.

They’ve won 11 in a row overall. The Hornets haven’t lost since Dec. 3 when they had a rough outing in West Rowan’s gym.

“Lexington has really improved since the first time we played them (a 70-45 SHS win at Lexington) and they came at us hard,” Salisbury head coach Bryan Withers said. “Tough, physical game, but we kept our composure. We talked composure all night long.”

Composure is a good thing.

Also good are Salisbury senior Cam Stout (27 points) and sophomore Juke Harris (29). They combined for a whopping 56 of Salisbury’s 71.

That’s 79 percent of the Hornets’ points, if you don’t have a calculator handy.

Triangle-and-two defenses or box-and-ones might be coming in the conference tournament and the playoffs, but that will be Mike Geter’s cue to score more. He can.

Stout is a Rock of Gilbratar. Steady and reliable and such a deadly shooter that he always scores more than you think he scored. He’s had 26-26-27 in his last three games.

Harris is 6-foot-4, long and bouncy, a three-point play waiting to happen. He’s more scorer than shooter most nights, but he had the 3-balls swishing on Friday. He had some sensational, take-0ver moments in his latest adventure.

It was Senior Night, so Withers sent out an unusual lineup with Stout, Nick Antosek, Will Webb, Zae Neal and Prince Woodruff. The latter three don’t play a lot.

“You never know what you’ll get on Senior Night,” Withers said with a smile. “But Senior Night is about them. It was their time.”

After a couple of minutes, Lexington was up 5-0, and Withers waved Harris, Geter and defensive stopper Deuce Walker to the scorer’s table.

“Our seniors did a good job on defense, but Lexington made tough shots early,” Harris said. “It was definitely different coming off the bench for me, but I prepared for it. I usually don’t take a lot of warmup shots, but I took more tonight, so I’d be loose.”

Harris and Stout made two 3-pointers each, so it didn’t take Salisbury long to come back. Geter got a steal and breakaway layup to close the first quarter for 16-all.

Then Harris produced a devastating second quarter — 10 points and two more 3s. Freshman Bryce Dalton made a 3-pointer as the Hornets went up 29-26 at the break.

But Lexington was hanging in there.

“I think we struggled some because our crowd was too big and too good tonight,” Withers said. “They got our guys too excited. Guys were trying to do too much.”

Walker and Jalen Chunn energized a Salisbury defense that got more consistent stops in the second half, and with Stout and Harris piling up points, the Hornets started to achieve separation. Stout made  a 3-pointer to close the third quarter for a 46-39 lead.

Harris got a three-point play in the lane for a 57-43 lead with 3:38 left. That’s when it was clear that while Lexington had taken its best shot, it wasn’t going to be enough.

“We did a good job of continuing to play through stuff,” Withers said. “You won’t get every call, but you’ve got to continue to play. We’re learning that.”

The five seniors came back as a unit to help close it out. The crowd roared. Withers smiled. This was definitely about those five guys.

Next week will bring some challenges, road games at Thomasville and North Rowan, as the Hornets go for a title.