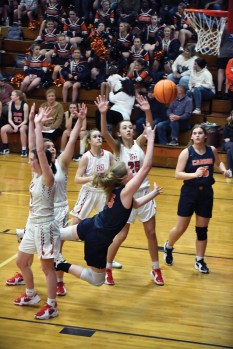 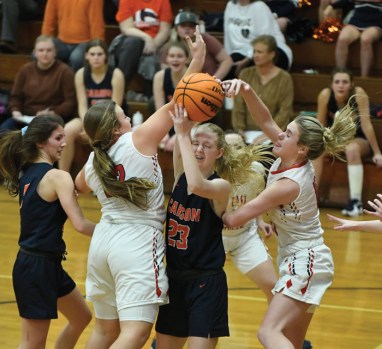 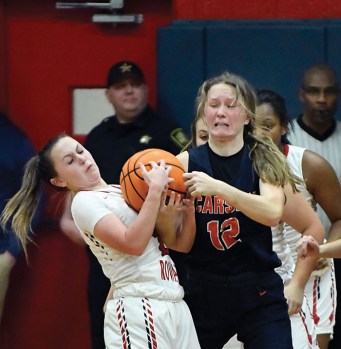 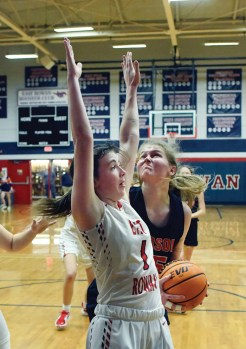 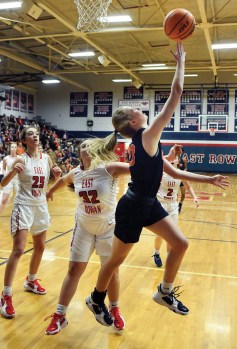 GRANITE QUARRY— When the RPI rankings for the NCHSAA were published this week, Carson girls basketball coach Brooke Stouder was as surprised as anyone to see the Cougars in the No. 1 spot on the 3A West list.

Carson won its seventh in a row on Friday when it romped 70-32 at East Rowan, in the gym where Stouder played her high school ball.

“Those rankings are something we’ve certainly noticed, but not something we’ve talked about as team,” Stouder said. “Being ranked first is certainly unexpected for us. There are some very good teams in the mountains, but who knows? I guess 3A is really wide-open this year. There are no undefeated teams in 3A West.”

When this season started, the ceiling for the defending 3A state champs, who graduated four standouts from an undefeated team, appeared to be contending for a South Piedmont Conference championship.

But the Cougars have reasons to start thinking bigger now. They are 16-3, including losses to powerhouses Charlotte Catholic and Salisbury. Carson is 9-1 in the South Piedmont Conference and in first place, with a busy week ahead. The Cougars will play again today at Concord. They have three more SPC games next week.

“We only had two players returning with much experience, two girls came back to basketball after taking year off, and we’ve got a roster of eight,” Stouder said. “But it’s a tight-knit team with very good chemistry. When you’ve only got eight, everyone understands exactly what their role is and they all have performed well in their roles. Maybe that’s why we’ve been better than we could ever have expected to be. We had a win this week (54-25 against Northwest Cabarrus) that was just a great win, a really solid win. We’ve definitely gotten better from where we were at the start of the year.”

“Aliayah White had a great first half,” Stouder said. “She was at the top of our 1-3-1 trap and keyed our defense.”

Mary Spry — she and Isley are the two who played a lot for the state championship team — had 13 points and nine rebounds.

“East played very hard and competed on their Senior Night, and we knew they would,” Stouder said. “We didn’t take this game for granted. We respected how hard they would play and we matched their intensity.”