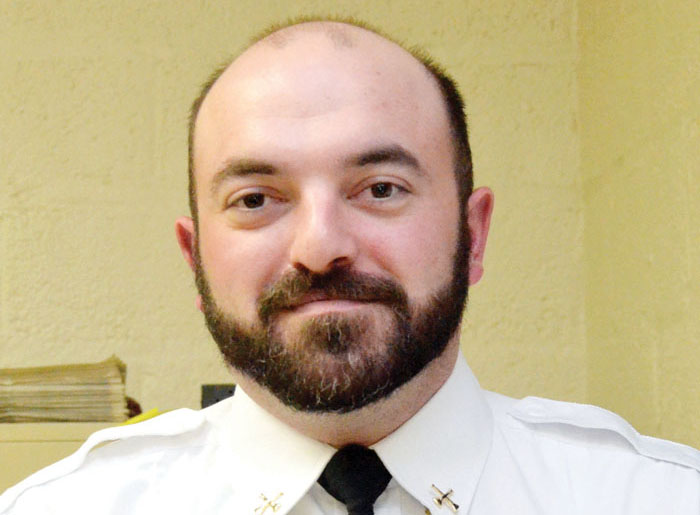 SALISBURY — A former Rowan County Emergency Services battalion chief fired for misconduct and currently under investigation by the state is now working for a private ambulance company operating in Salisbury.

Robinson was also said to have been in “violation of the Public Records and Retention Policy, insubordination, and violation of the County P-Card policy.” A “P-Card” is a procurement card that can be used by Rowan County employees to purchase items for county business, not personal use.

Robinson was hired by Rowan County government in 2004 when he was first hired as an emergency medical technician. He was promoted to paramedic in the same year and elevated to EMS lieutenant in 2015. Robinson was promoted to captain in 2017 and EMS battalion chief later that year.

EMS Division Chief Lennie Cooper was terminated on the same day as Robinson for “sustained sexual and racial harassment with a culture of silence, unethical conduct and perpetuating the culture of silence, dishonesty, spreading false rumors (defamation), and violation of the County Technology Use Policy.”

Robinson was hired last month as director of North Carolina operations for American Transmed, a South Carolina-based company that maintains offices in Harrisburg and Salisbury, according to an internal announcement provided to the Post. Robinson started with American Transmed starting on Jan. 26, according to a publicly accessible database on the North Carolina Office of Emergency Medical Services’ website. American Transmed has a franchise that allows it to operate in Rowan County. The company primarily provides non-emergency transportation to the VA Medical Center and responds to 911 calls.

Although Robinson maintains a paramedic credential, he is listed as being under investigation by the N.C. Office of Emergency Medical Services, which is a division of the Department of Health and Human Services. When an individual is under investigation, staff members from the NCOEMS review them based on a complaint received or a pending criminal charge.

The exact matter for which Robinson is being investigated is not clear.

He was charged in 2020 with reckless driving, driving while impaired and felony serious injury by vehicle in connection with an off-duty incident. Robinson is scheduled to appear in Rowan County District Court on the charges in July.