Yadkin Path teacher one of five awarded for educational freedom 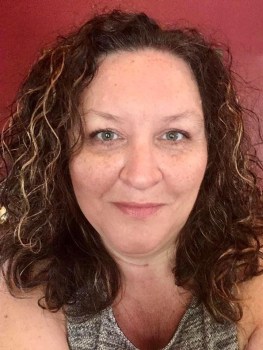 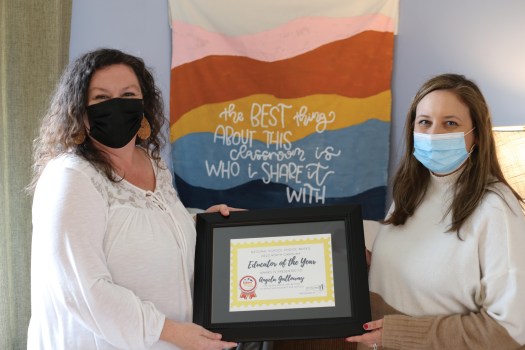 SALISBURY – Angela Galloway has been with Yadkin Path Montessori School for less than a year, but she is already making a big impact.

The elementary guide is one of five honored as Educators of the Year by Parents for Educational Freedom in North Carolina. The awards were doled out in recognition of National School Choice week.

Galloway was nominated for the award by the school’s administration, which commended her for the transition from traditional education to Montessori and how she individualizes instruction for each student.

She was born in Florida but has mostly lived in western North Carolina and the Piedmont.

Galloway had a long journey to education. She knew she wanted to be a teacher when she was 9, but she decided to get married and focus on her family first.

She decided to go back to school in her early 30s and earned an early education degree from Pfeiffer University. She taught for Rowan-Salisbury Schools starting in January of 2013 before moving to North Hills Christian School for six years. In the spring, she decided to leave North Hills for Montessori.

The method always interested her because it is student driven and gives students the opportunity to master concepts at their own pace.

She serves as the elementary guide at Yadkin Path, and this is the first year the school has had an elementary program.

She first knew she wanted to get into education in elementary school because her first grade teacher inspired her by loving her students and making learning fun.

“I loved her so much that I wanted to become like her,” Galloway said.

Galloway knew she had been nominated for the award but was shocked to win.

“This is throughout all of North Carolina, so the chances of winning aren’t huge,” Galloway said.

She said she felt honored to win an award after just six months of working at Yadkin Path and taking on a new kind of teaching.

“It reassured me that what I’m doing makes a difference and matters to those that I work with and the students I teach,” she said.

Galloway said she feels like she made the right decision even though the move to Montessori was a big change for her.

Director Myra Tannehill said Galloway was a strong contender for the award and she was not surprised but delighted she had won.

Tannehill pointed out the classroom has only been open for a few months and Galloway may not have a Montessori background but her heart is in education. She said Galloway is good at discerning what each child needs