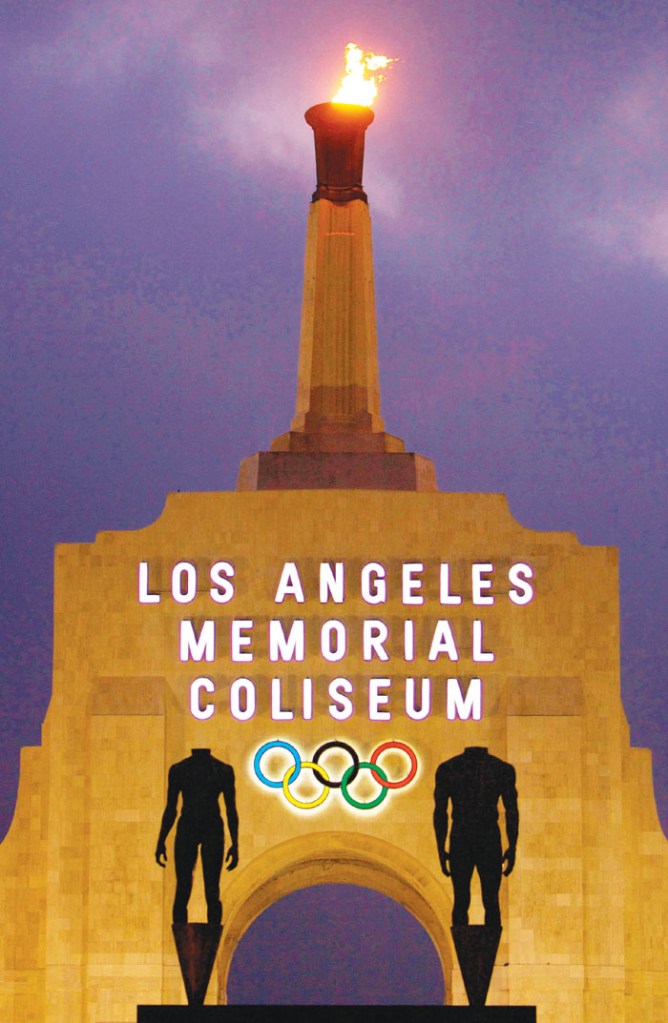 LOS ANGELES — NASCAR is hitting Los Angeles a week ahead of the Super Bowl, grabbing the spotlight with its wildest idea yet: The Clash, the unofficial season-opening, stock-car version of the Pro Bowl, will run at the iconic Coliseum in a made-for-Fox Sports spectacular.

Yes, that’s correct. A temporary track has been built inside the Coliseum, where race cars will rattle around a quarter mile of asphalt carefully laid over the grass field that has hosted two summer Olympics, the USC Trojans and the hometown Rams for three seasons until their new stadium opened in 2020.

The first Super Bowl in 1967 was played at the Coliseum, but the Rams will play for the NFL championship 10 miles away at Sofi Stadium a week from Sunday. NASCAR is offering an appetizer with its season-opening event, until now raced every year since its 1979 inception at Daytona International Speedway in Florida.

Run under different formats with different presenting sponsors over the years, The Clash was the opening event of Speed Weeks and a warmup for the Daytona 500 — NASCAR’s own version of Super Bowl. But NASCAR has been willing to look beyond cookie-cutter tracks in traditional markets.

Ben Kennedy, NASCAR’s senior vice president of strategy and innovation, brainstormed moving The Clash exhibition out of Daytona for the first time and instead stage it as a Hollywood event not all that far from Hollywood. The Busch Light Clash will run Sunday night, heat races will set the field, DJ Skee will play during cautions and Ice Cube will headline a halftime show.

The Coliseum accommodates about 78,000, but modifications to build the track has cut capacity for Sunday night to roughly 60,000 seats. Steve O’Donnell, NASCAR’s chief racing development officer, said polling shows 70% of ticket-buyers have never previously purchased a ticket to a NASCAR race.

Add in some six-plus hours of coverage across Fox Sports and NASCAR has already deemed the event a success.

“You want to put on a good race,” O’Donnell said. “But I would say, already it is a success. The number of celebrities we have showing up, the enthusiasm and promotion we’ve seen from Fox just for this race, even during NFL broadcasts, it’s been unprecedented.”

The Clash will at long last mark the debut of NASCAR’s new car, a years-long project meant to design a cost-efficient but competitive vehicle that can potentially close the gap between the NASCAR powerhouses and the small teams looking to gain footing in the series. The pandemic delayed the rollout of the Next Gen by a year, and no matter how much testing has been done, there is no clear idea how the car will race until a real trophy is on the line.

William Byron tested the Next Gen last week at Phoenix and isn’t concerned about his Chevrolet. “Honestly the car from Phoenix is not that different, feeling-wise, of how it drives versus the old car,” Byron said. “I am pretty optimistic for how it drives already.”

What Sunday night’s on-track show looks like will be critical in how NASCAR’s gamble in the Coliseum is graded. The quarter-mile surface will be the shortest in history for a Cup Series race, and NASCAR has had its struggles at new venues. Last year’s debut on the road course at Indianapolis Motor Speedway was a bit of a wreckfest, and transforming Bristol Motor Speedway into a dirt track last spring was a messy challenge for drivers  who had driven on pavement their entire career.

Many say the Coliseum shares the characteristics of Martinsville Speedway, a 0.526-mile short track in Virginia won in three of the last five races by Martin Truex Jr. He believes it won’t matter if the race ends up something of a joke.  “At the end of the day, we want to put on a good show,” Truex said. “We don’t want there to be a lot of cautions and wrecks, not a lot of chaos, just a good race to put on a good show with all the attention it’s getting and make it a successful event. I think a lot of new fans will be tuning in and I think we need to put on a good show.”

Kyle Larson, the reigning NASCAR champion, also believes the race needs to be free of drama. Of every driver in the field, none race at as many different venues across the country as Larson but the Coliseum will be unique even to him.